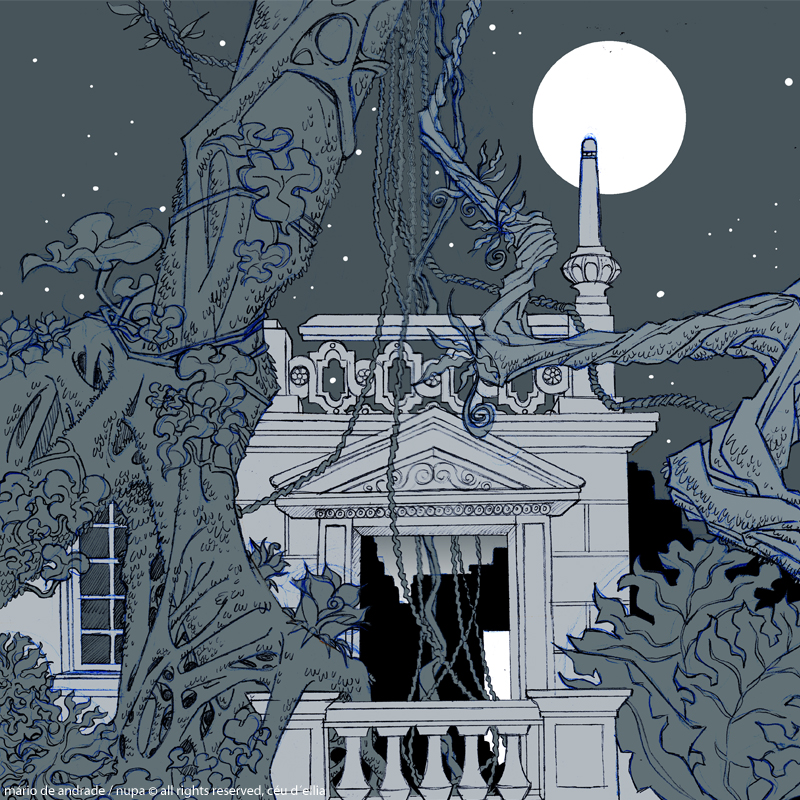 But I like how you can use lines in a flat surface, and make the eyes cheat your brain that what you see is tridimensional and exists in space. Better: I like to draw things that at the same time doesn´t intend to be really real, but are believable enough for you accept they are. Equally stylized and full of form enough. That is what makes animation look like a dream: The paradox is that it looks real and unreal, at the same time.

So, with all this power of the lines, I really reject this concept of calling hand drawn animation, 2D. A drawing can be 2D, if you want to do it like that, but not all drawings are 2D. It demonstrates some ignorance to call any drawing, 2D, especially if you are an artist and have received some education.

Coming back to the paradox and dream-like subject, this is the reason why I prefer to watch stop motion and hand-drawn animation films instead of CG-3D, particularly when CG-3D animation aims to be very realistic: – The dream experience refreshes my mind and plays better with my imagination.

In this post you can see different hand-draw concept projects. Probably what most influenced my style it is the Traditional American Cartoon Animation, mixed with the Belgium Francophone Comics (Bande Dessinée).

Sometimes I like to use that Brussels style, the Ligne Claire. A thin regular line that turn around the masses of the shape you draw. As Hergé used to say: – To draw behind your character.

Other times, I like the Atom Style, a la Marcinelle, paying more attention to the line itself and developing the dynamic of the drawing initially from the line, and the wrist movement that created it and, spreading it to the whole composition, arranging the negative shapes of your image.

The collection of small monsters you can see in this post are only a tiny fraction of what I did years ago for a cards bubble gum collection, The Ploc Monsters. There are in my drawers more than three hundred of them, all different.

The Kurupyra (a wild Brazilian Indian dwarf, with feet turned backwards), riding the Black Boar, was the NUPA´s mascot. In one of its variations I published here, there is also a crowd of different characters, none them of mine, that I draw kind of on my style. That is because the Kurupyra was used to introduce the different guests, or subjects, we had in our animation classes and lectures.
Some of the MãmMãmBuge´s characters can be seen, animated, in the Collages 83 14 clip film.

The Zu Kinkaju characters have also some of their Comics pages in this other link. 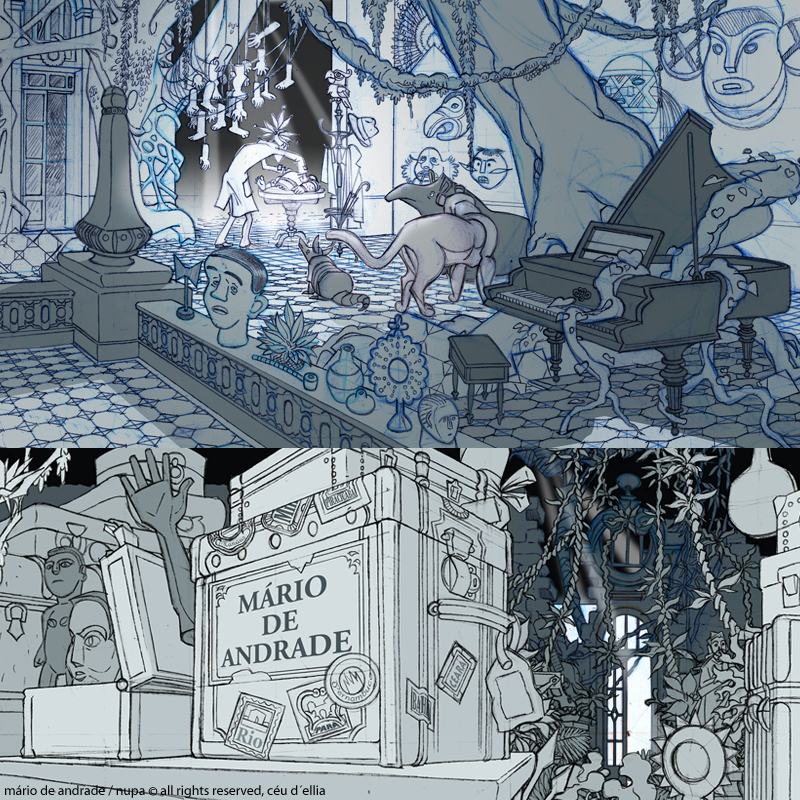 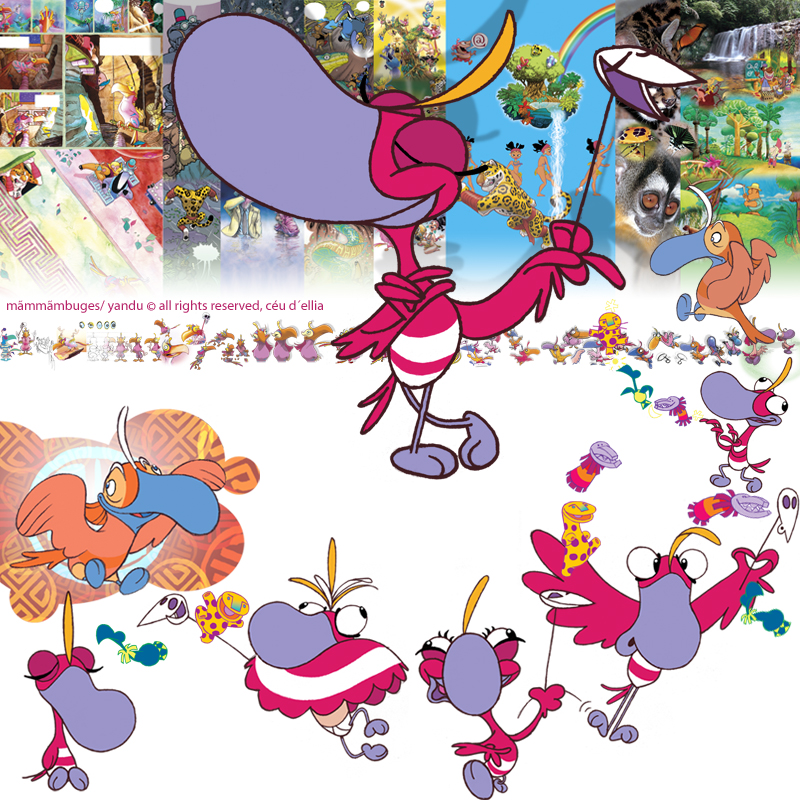 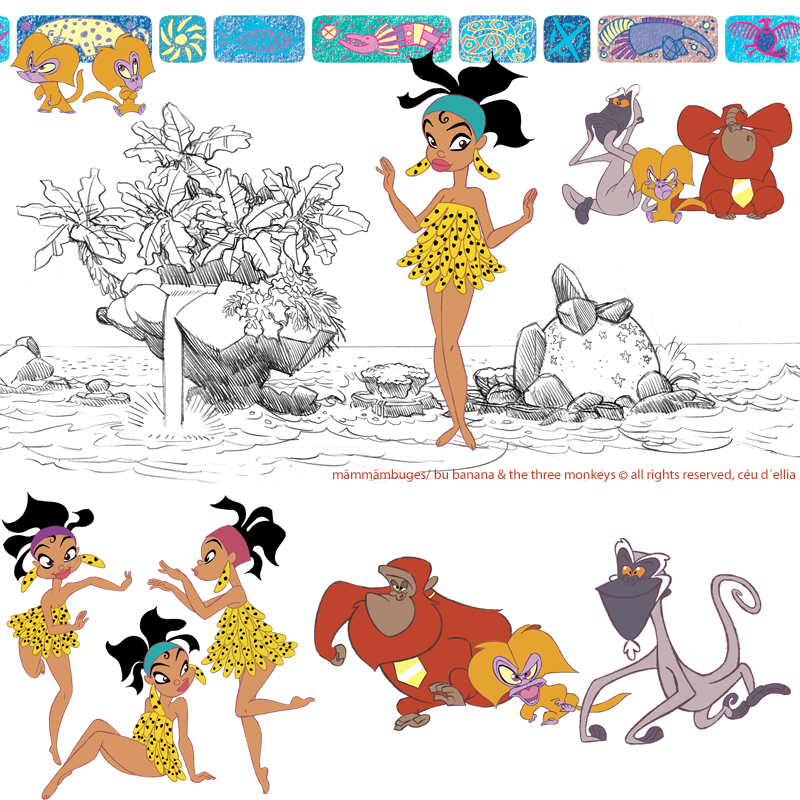 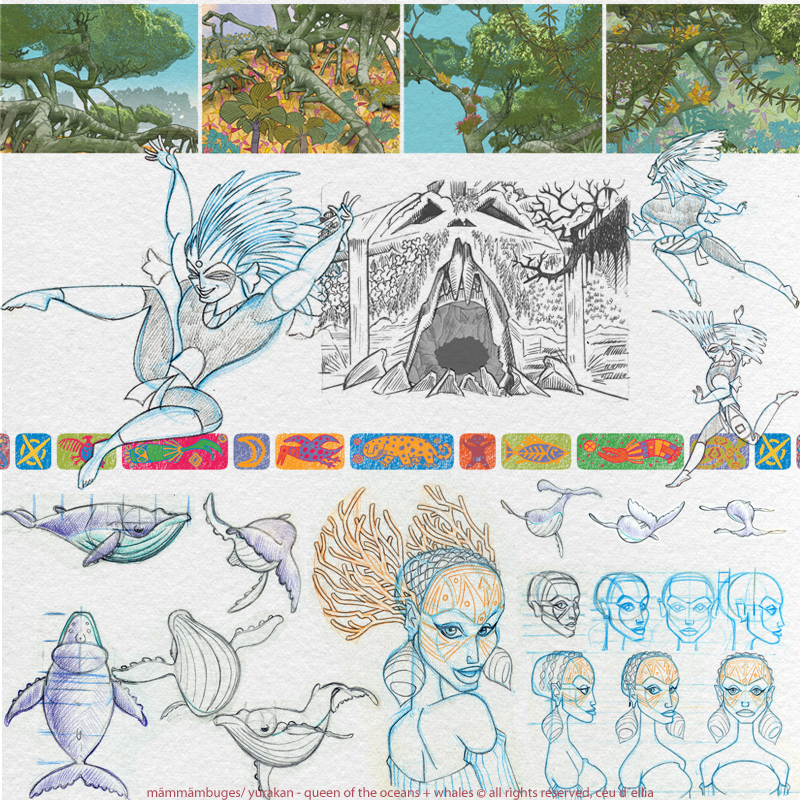 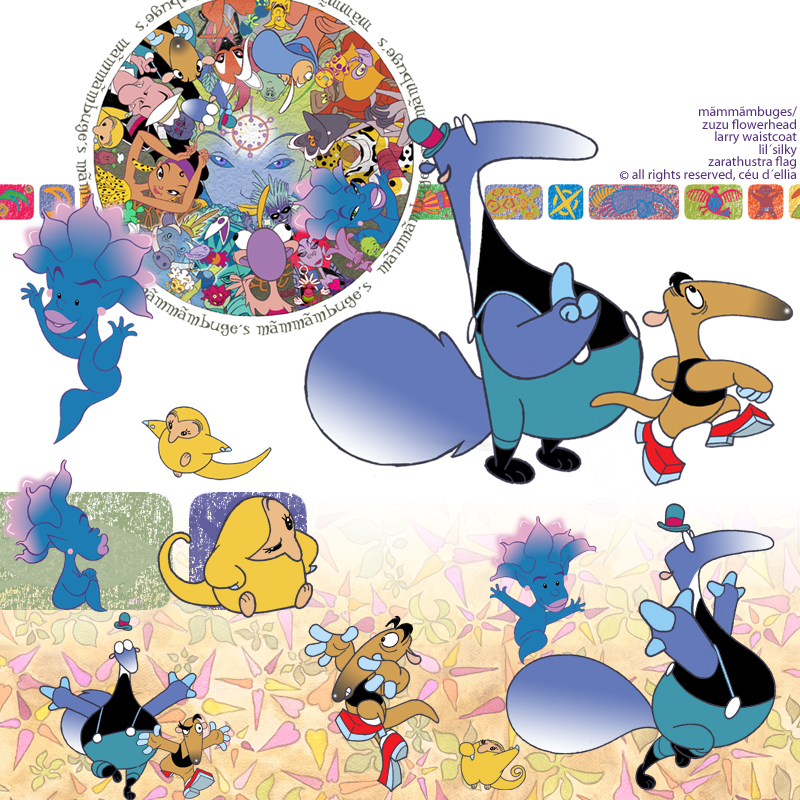 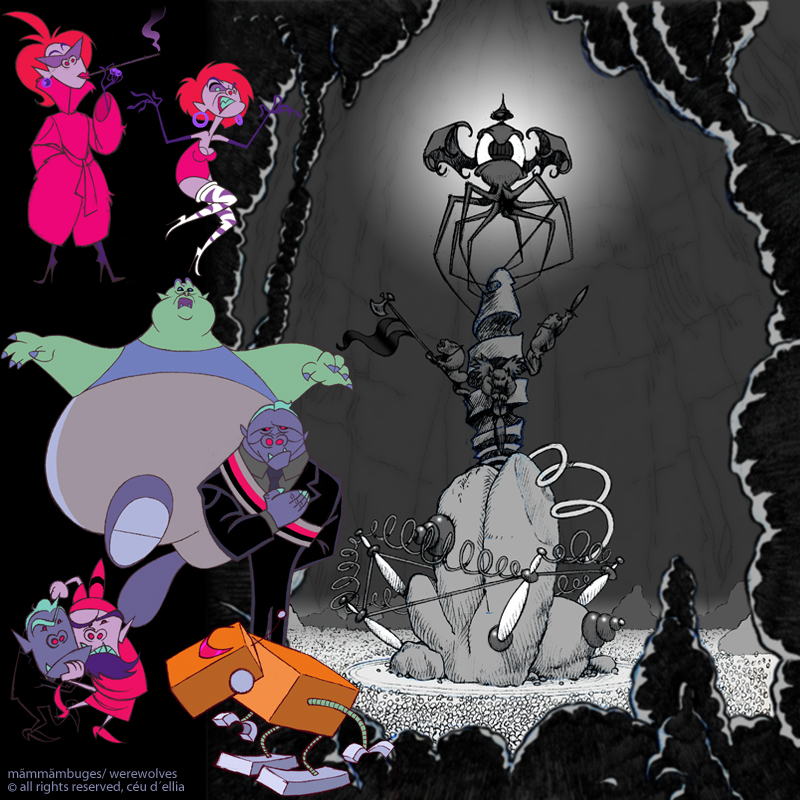 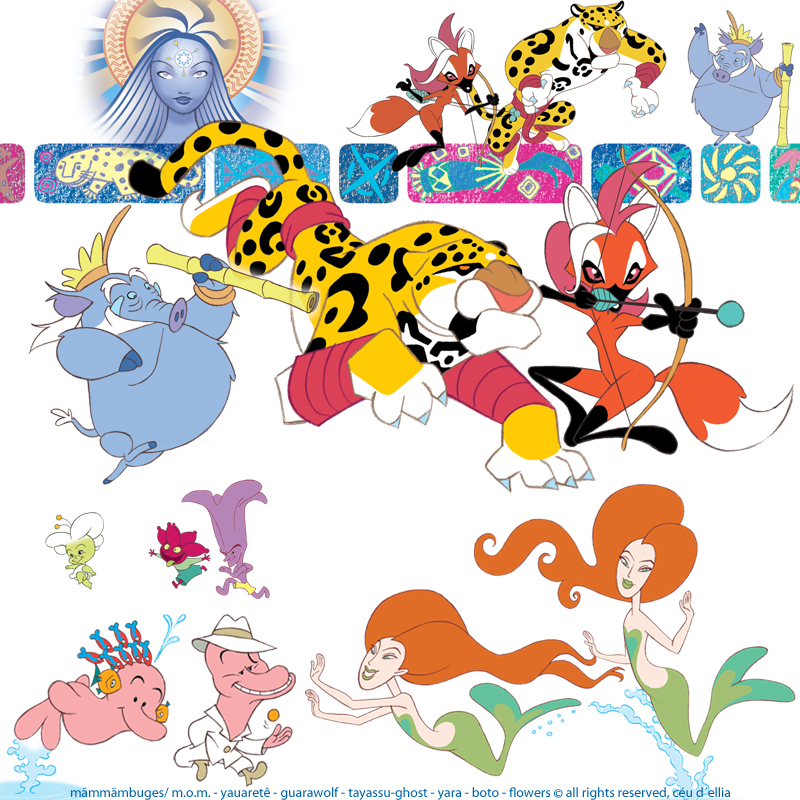 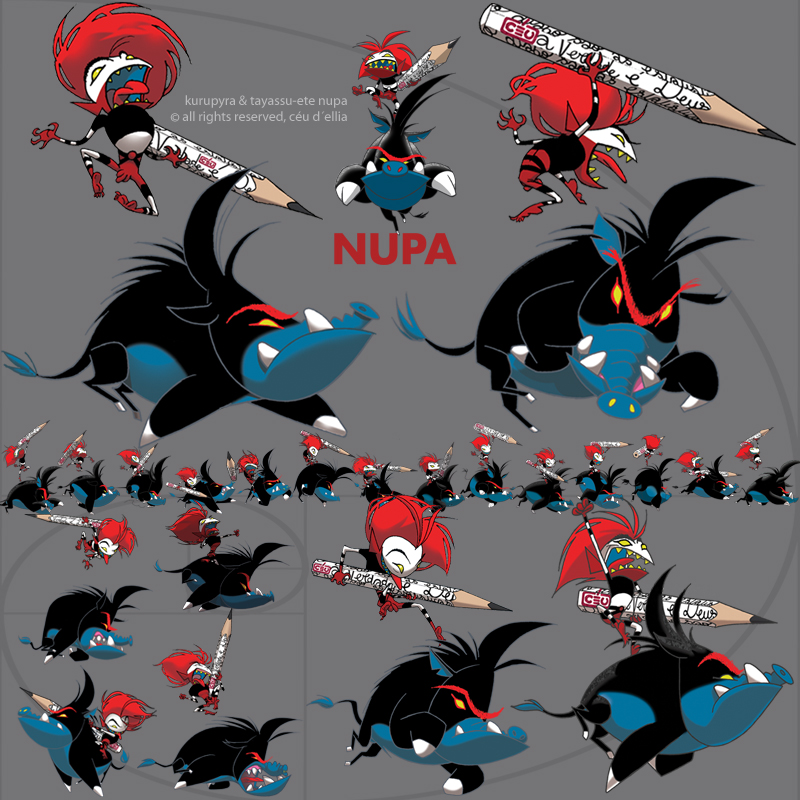 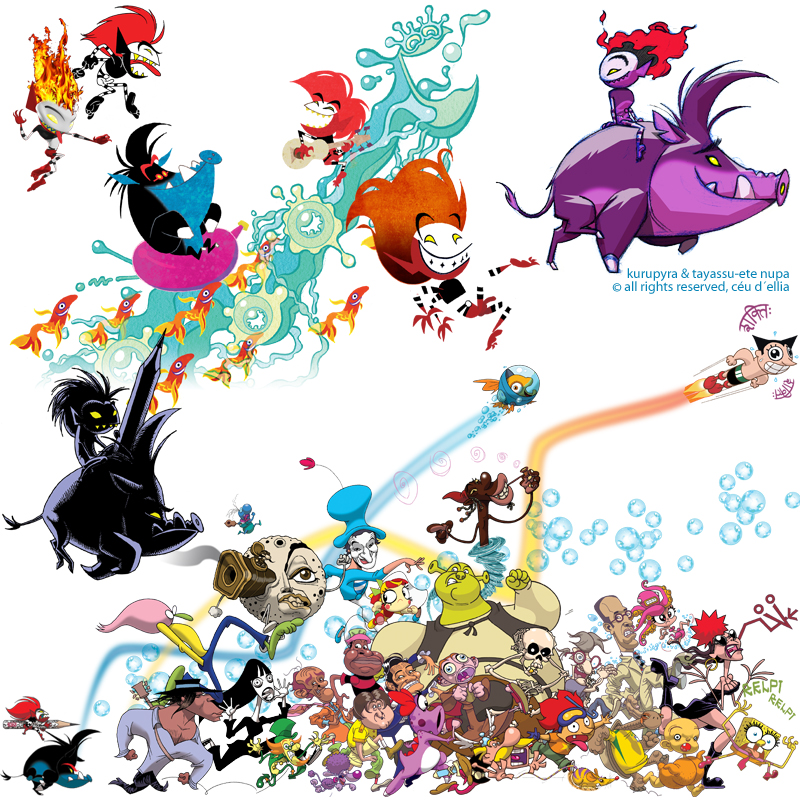 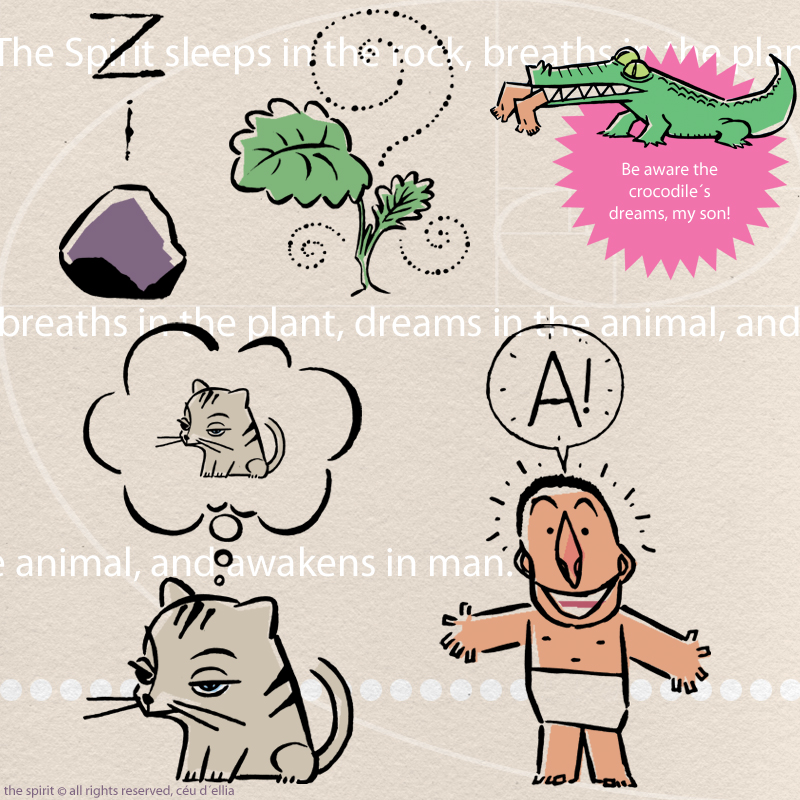 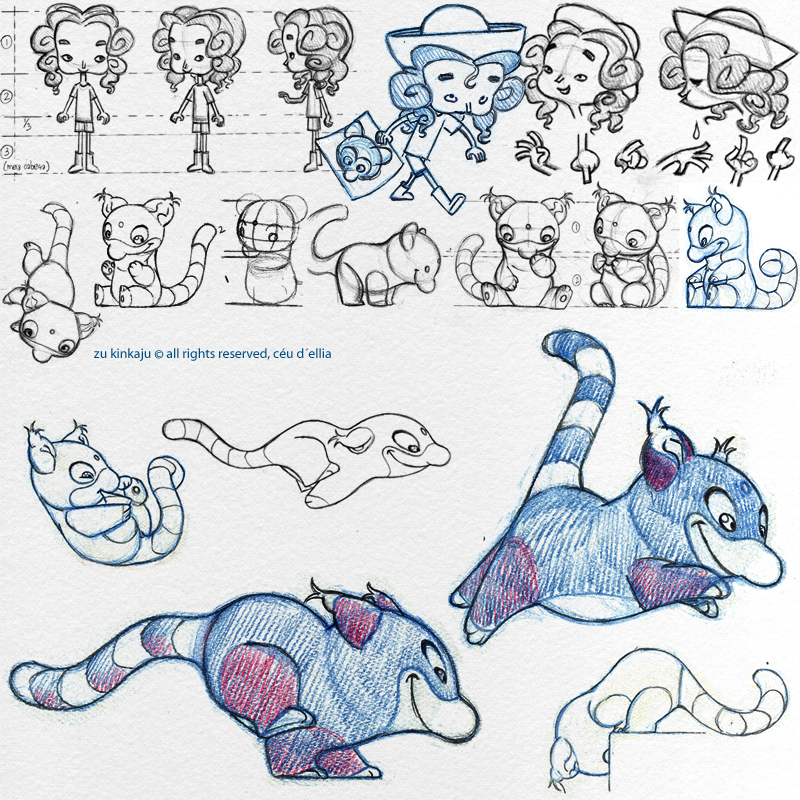 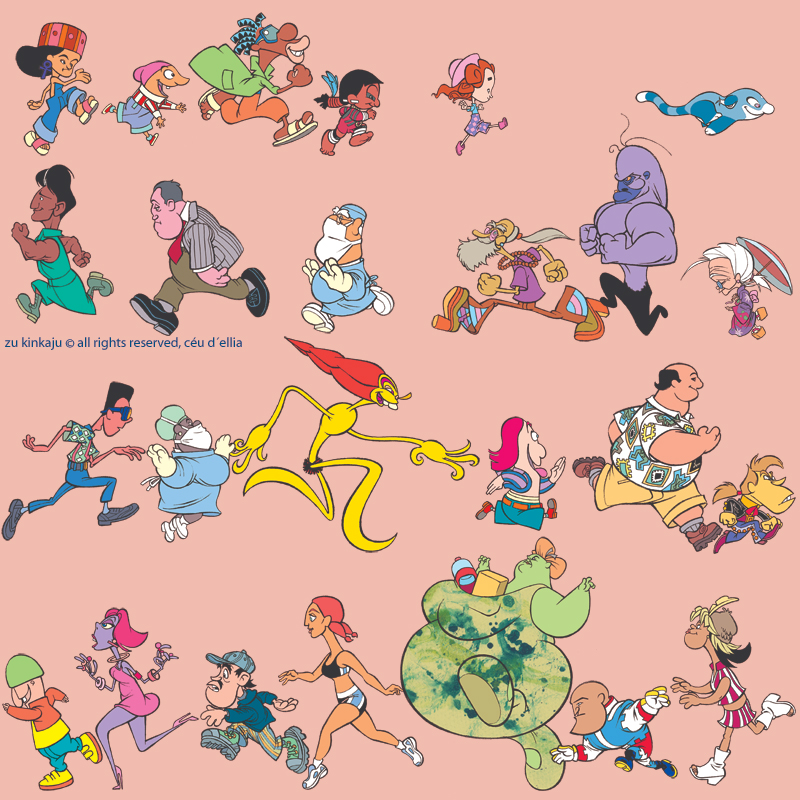 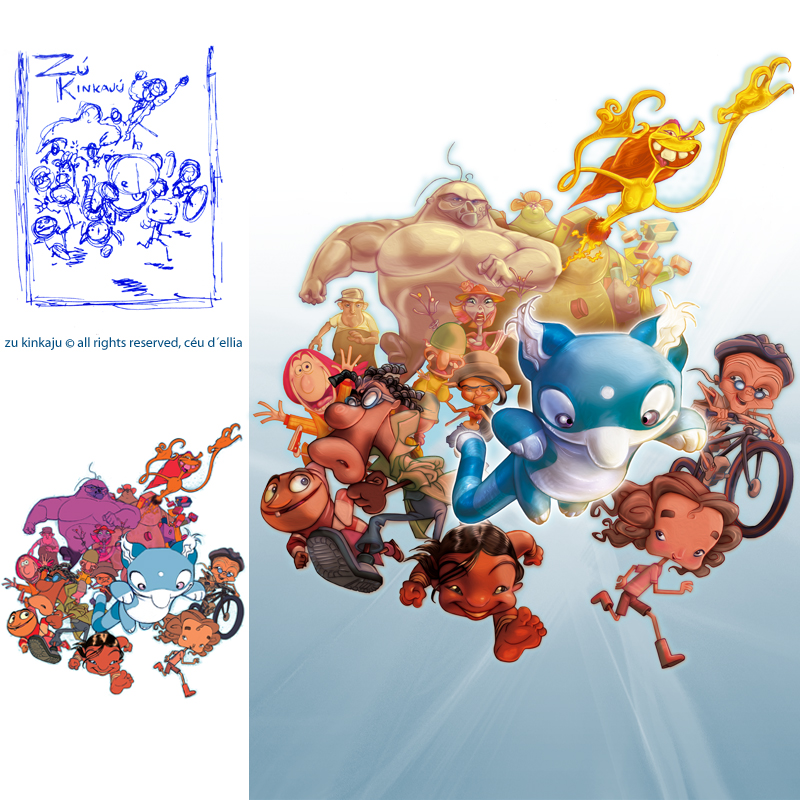 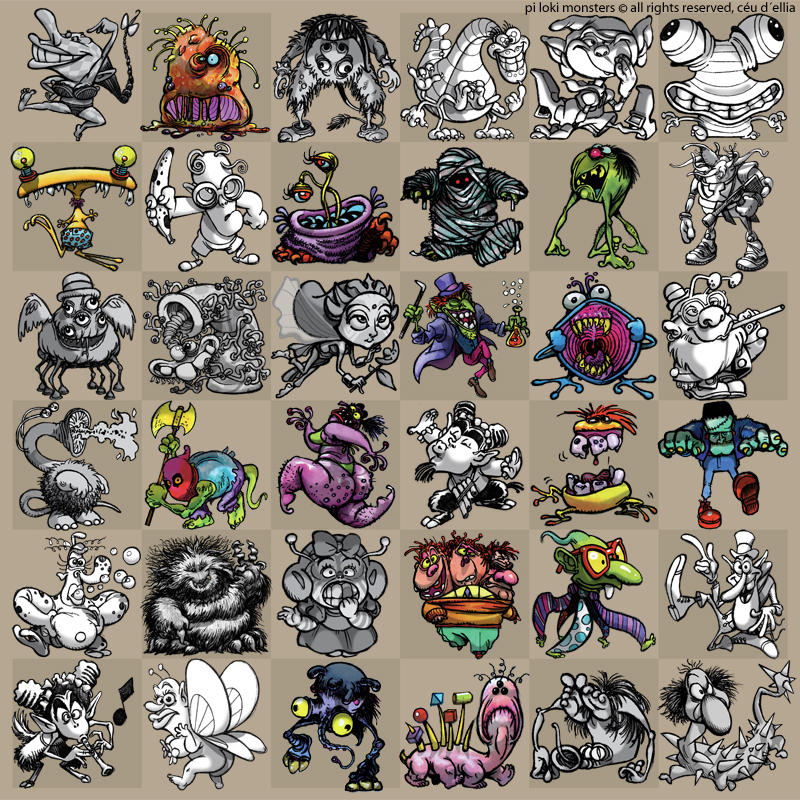 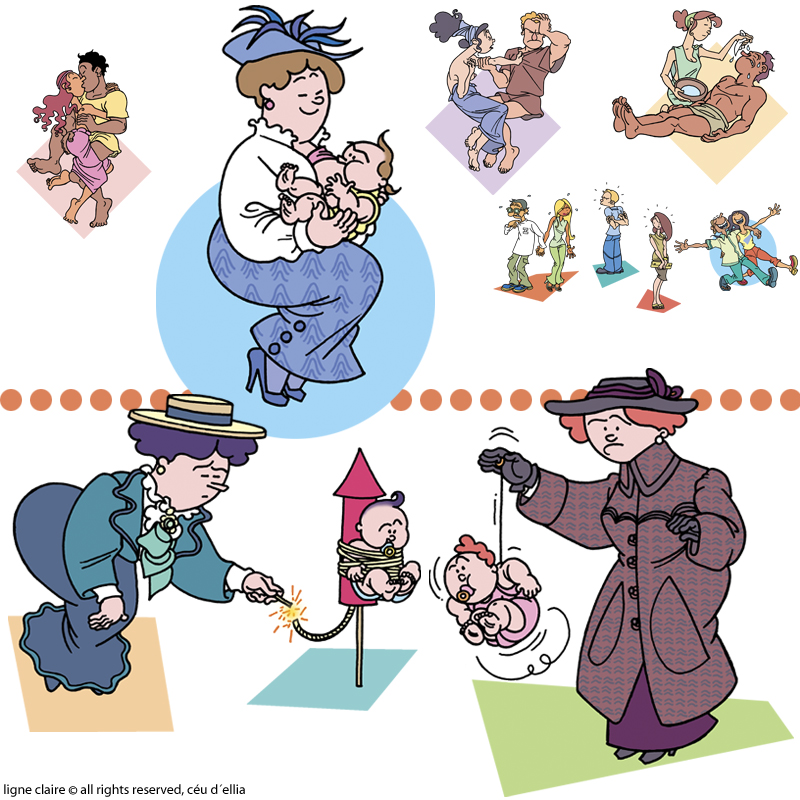 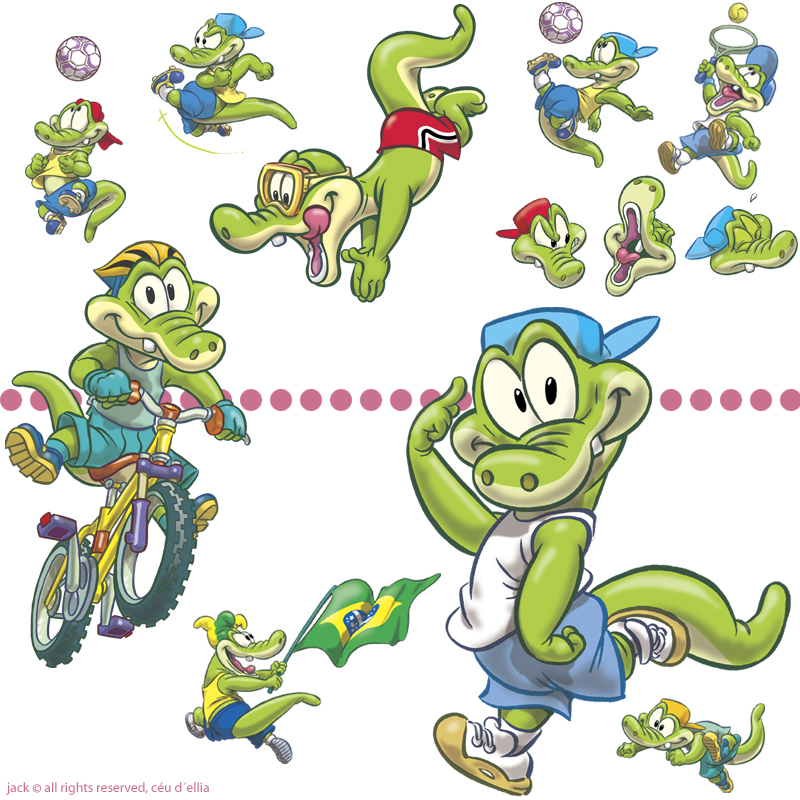 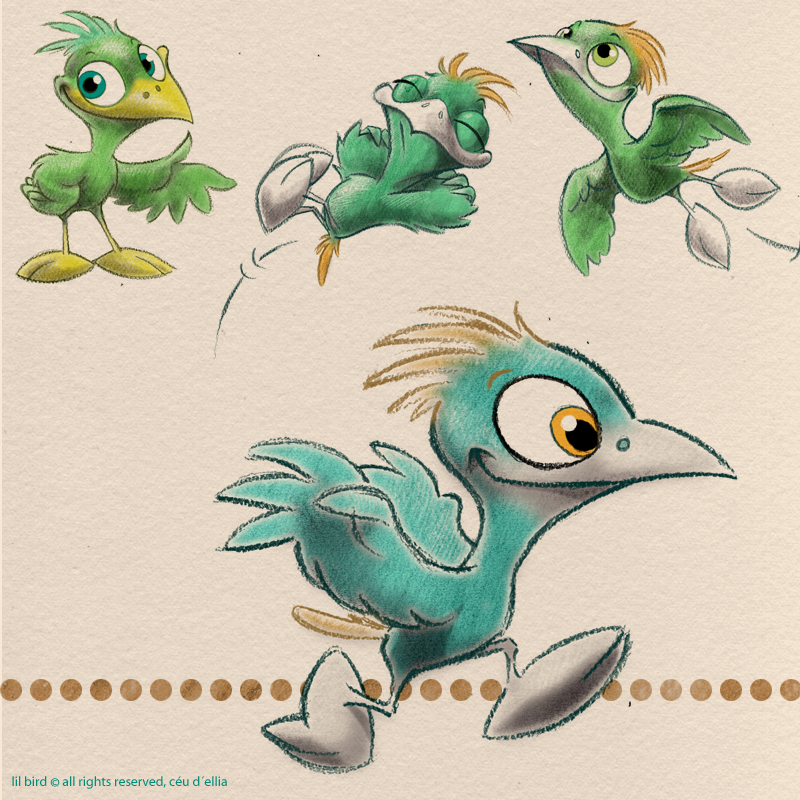 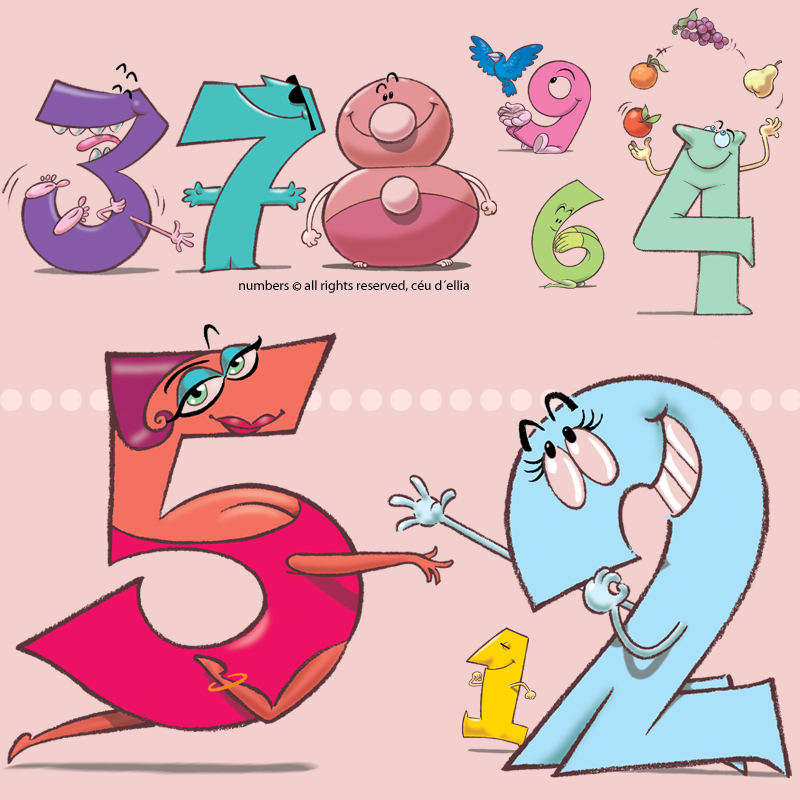 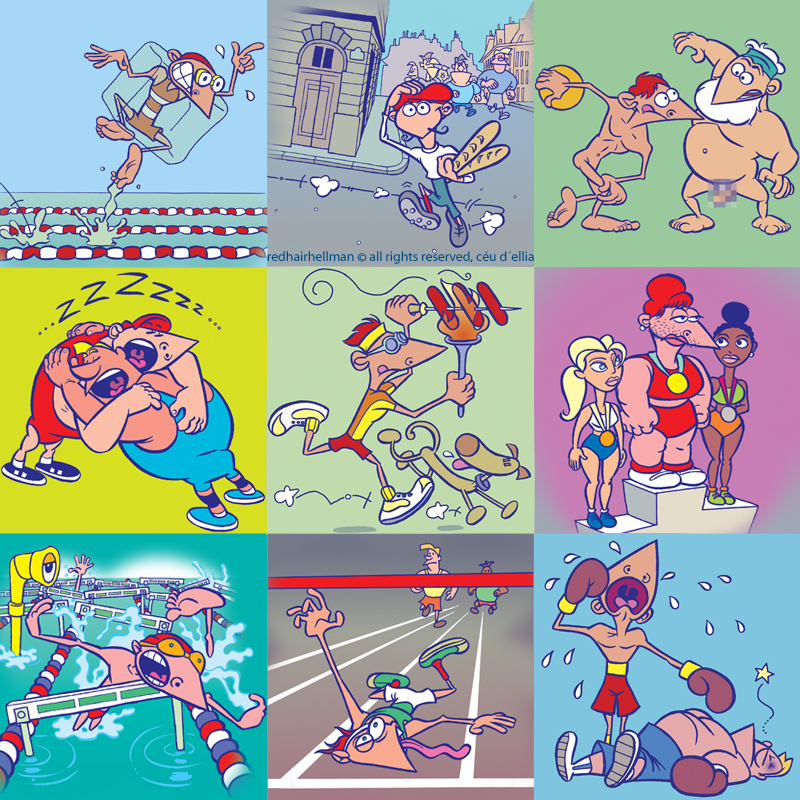