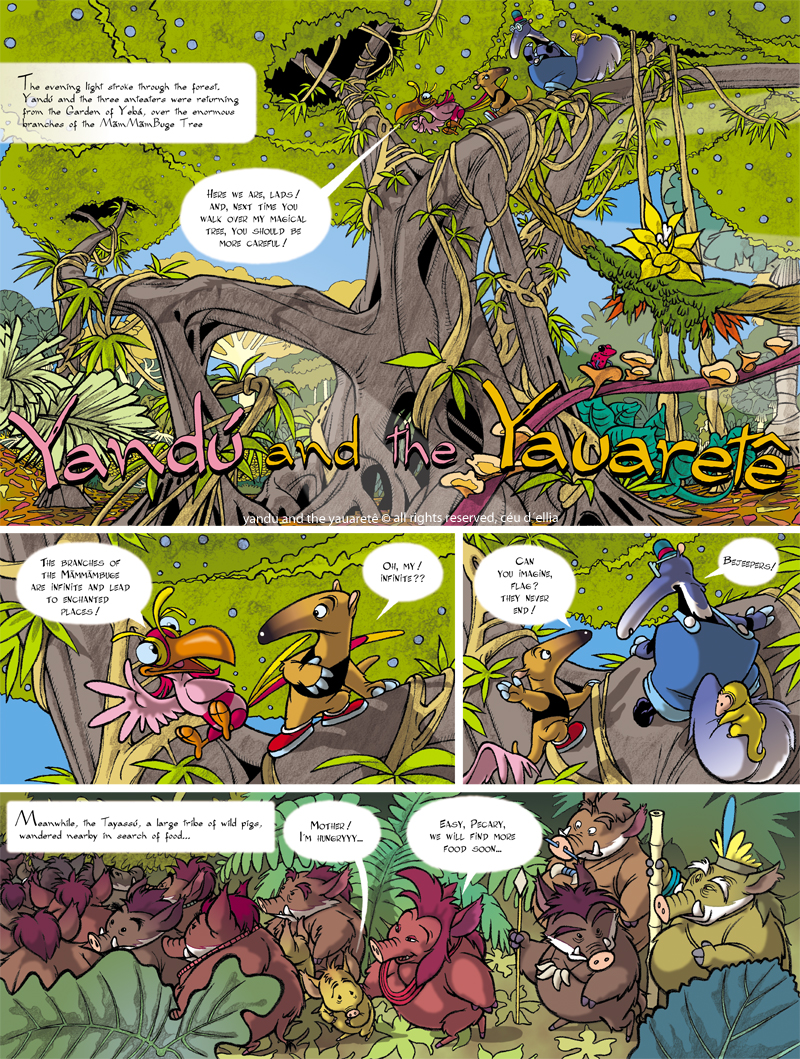 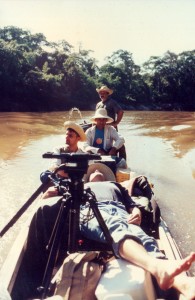 One of my trips to the Amazonian Rainforest, the Yandu Expedition, 1994. I took this photo at the Moa River, on the way to the Divisor Mountains Range, close to Brazil-Peru frontier.

The MãmMãmbuge´s pages, assembled here, are from three different stories, all of them published in the Super Eco magazine. The background of these comics is the Amazonian Rainforest, to be more precise, the most western area of the Amazonian River Basin. I visited some forests there, researching for its botanic, zoology, inhabitant’s behavior and folk myths. The Pink Dolphin (Boto) that has magical powers and can turn into human shape; Yauaretê, the Lord of the Jaguars that comes with rain and thunder, or the Giant Boa that travels in different supernatural dimensions, all them are entities in the Amazonian Folklore.

But more than the fantastic context, what I most like on these myths, it is that they stimulate our imagination (and that of our children), to realize the connections between the animal’s comportment and the environmental changes flow.

Fantasy is like a harvestable field. And depending on which seeds you sow it with, you create a different inner forest, with different emotions living in it. All that will affect on how you connect yourself with both, your inner self and the world around you. Folk tales reinvigorate our roots in the real world, and the appreciation of its living qualities and delicate balance. 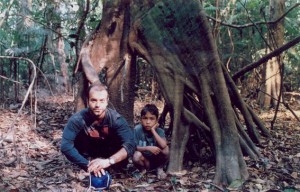 The boy Francenildo and I, in the Amazon, near to a rubber plantation area, in Rondonia State.

Zu Kinkajoo comic book story is about a young girl and her big brother, in the quest for a mysterious animal that telepathically calls the girl. Most of the story happens in the savannas of Central Brazil, in the plateaux and canyons area known as Chapada dos Veadeiros (Deer Hunters´ Plateaus). In that area is located the headwaters of important rivers, that contributes to the three biggest Brazilian watersheds (drainage basins). And so, in my story, there is also a subplot that concerns on the headwaters being menaced by the enigmatic behavior of some characters that are psychologically disturbed.

Why all that is happening, and what is the relationship between the mysterious animal and the river source´s menace, is something that you have to read the story to know. I promise that the end of it is very surprising.

In this post of my portfolio, there is also an excerpt from another story that also occurs in a watershed, The Mystery of the River´s Source. This one is a commissioned job I did for the Environmental Department of São Paulo State Government. The book was distributed in all public schools of the SP State, as part of an Educational Program. Its aim is to alert children on the importance to respect and preserve those areas.

My comics have been published only in Portuguese, until now. I hope to have luck enough, to change that, soon. Otherwise you will have to learn Portuguese to read them. Sorry… 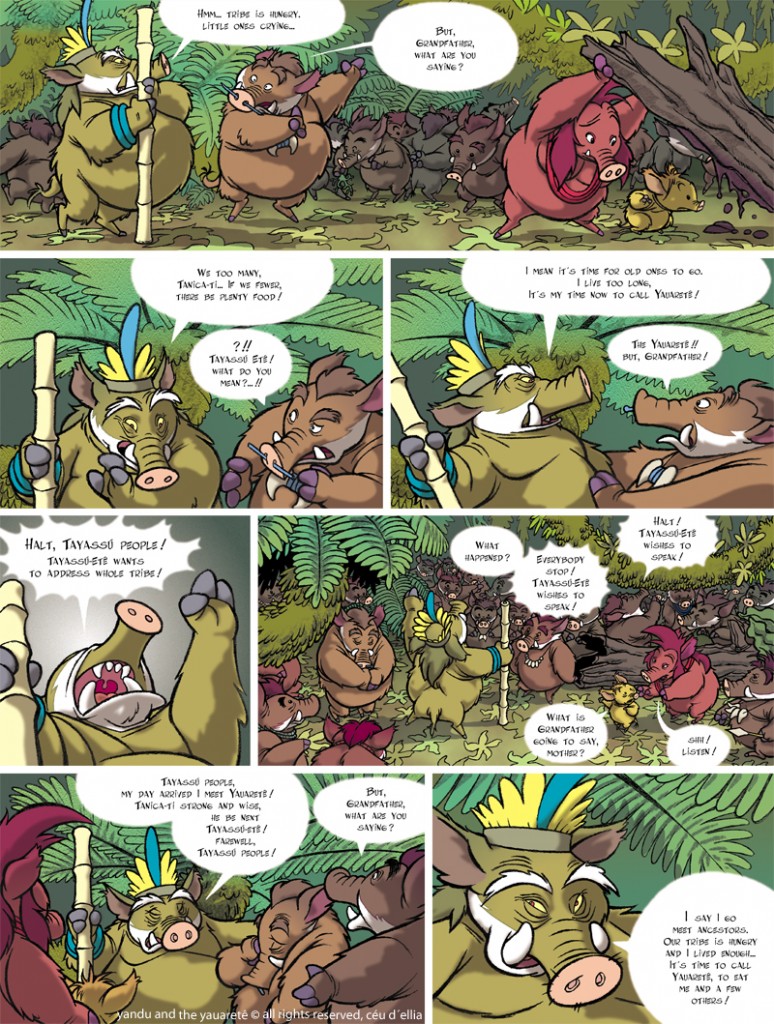 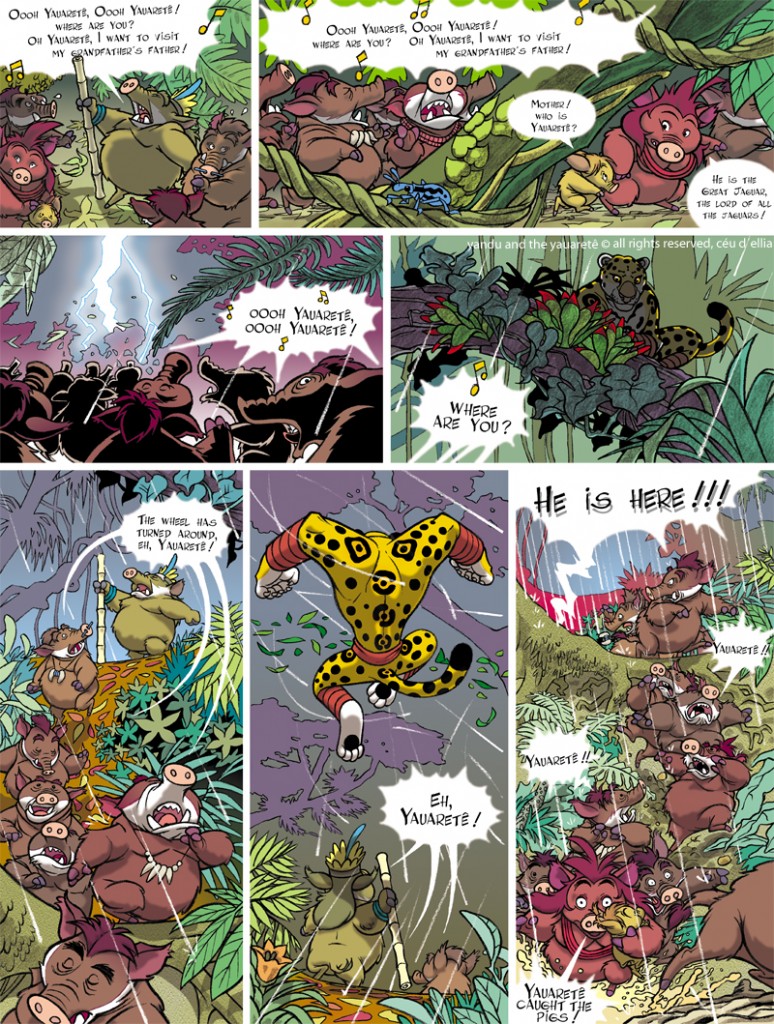 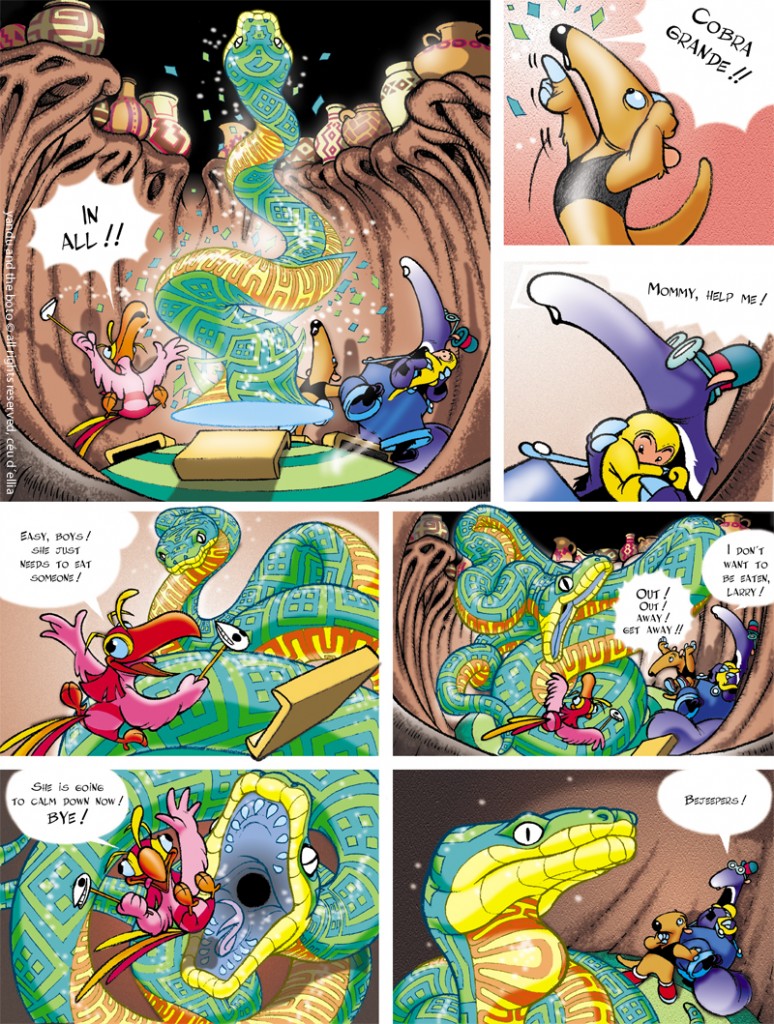 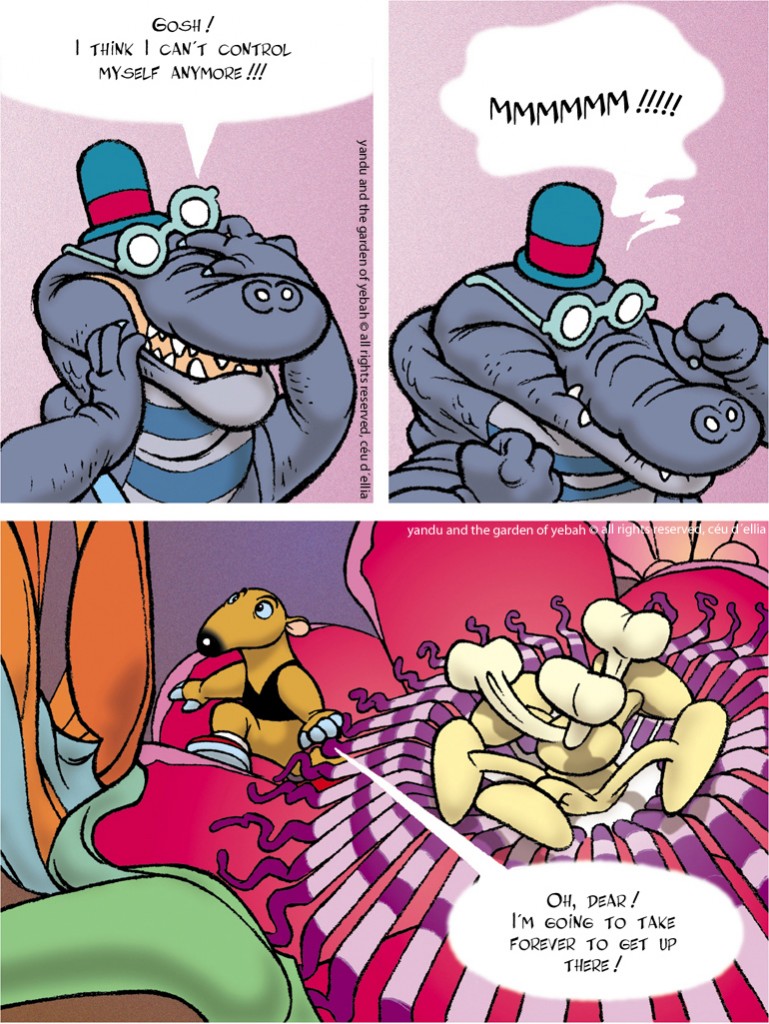 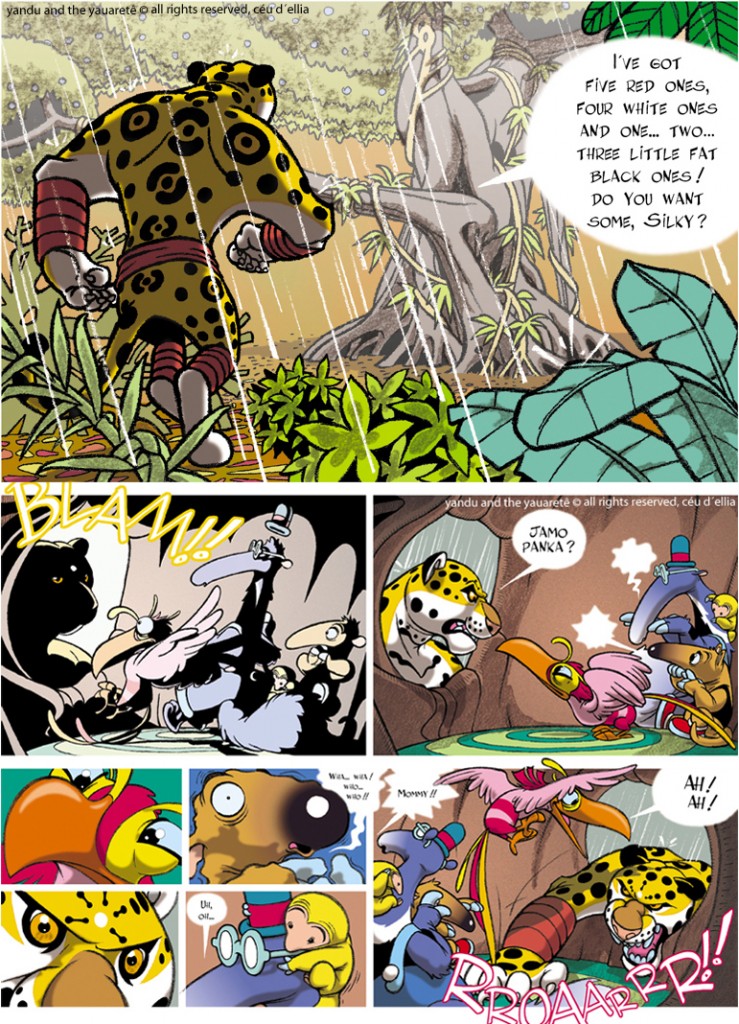 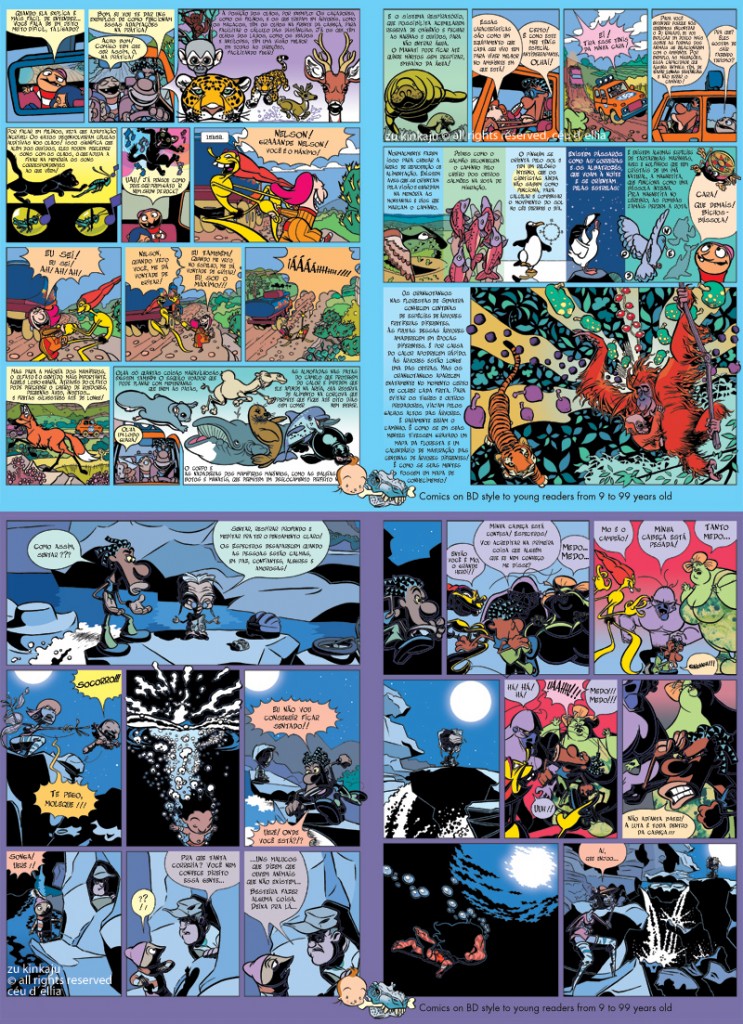 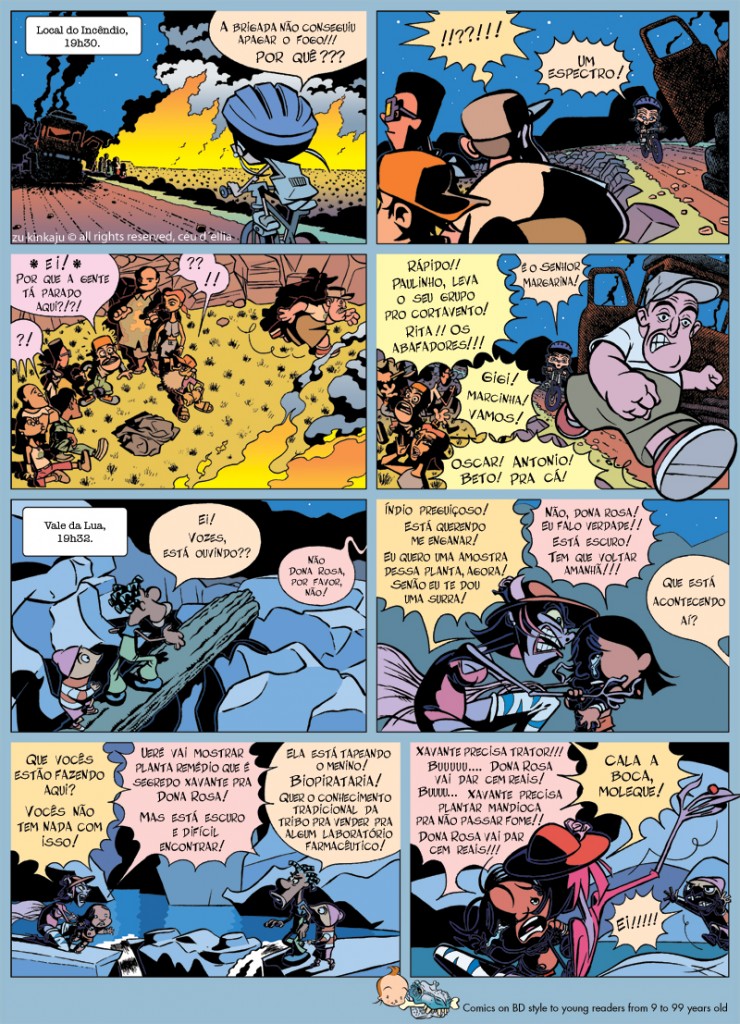 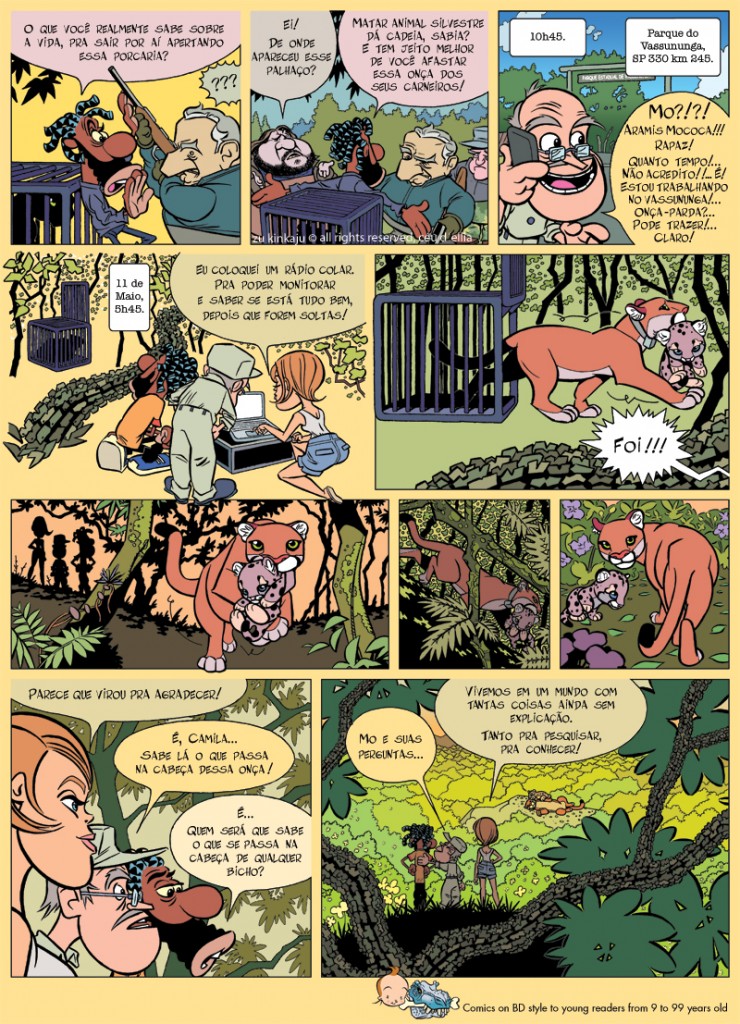 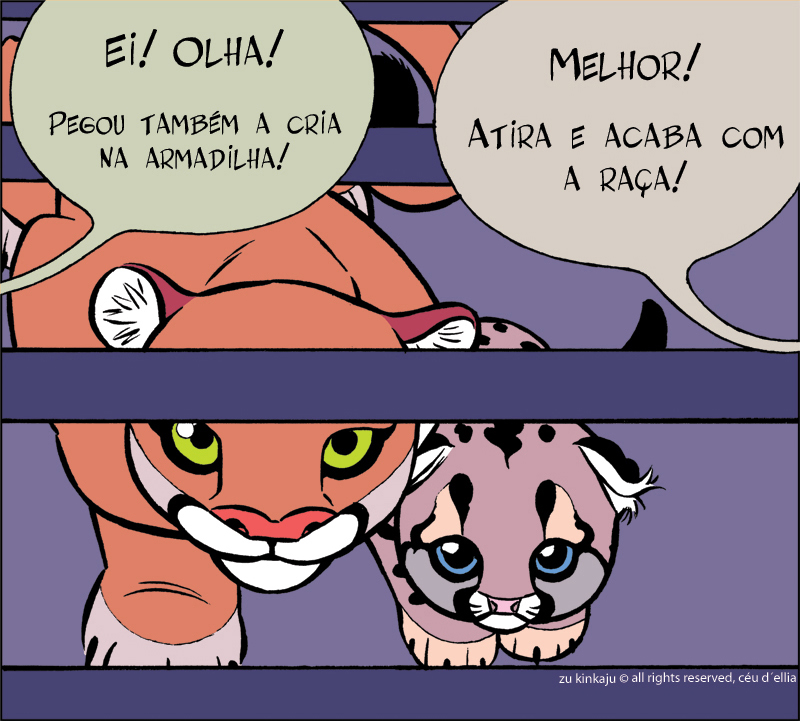 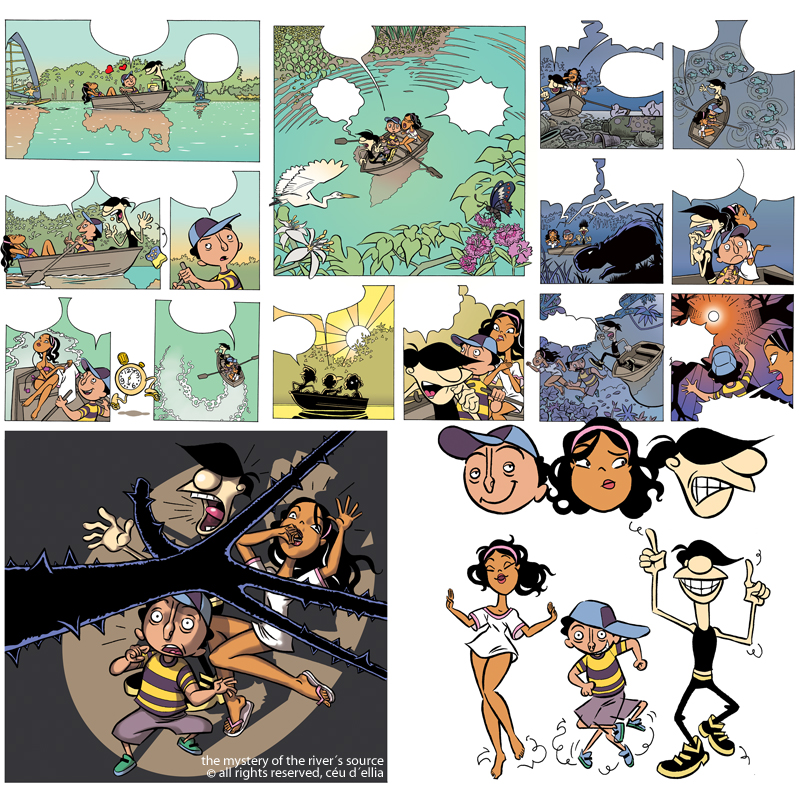