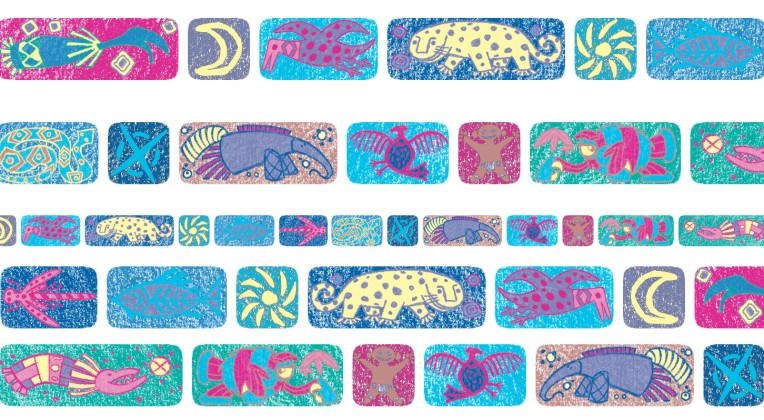 The Hopes for the Future 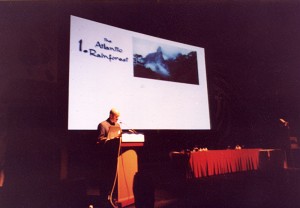 For a decade, I worked together with the biologist Andrée Vieira. We ignored for years, that the presentations of our ideas to the IUAPPA organization, in different places in the World, was competing for an award. The story is quite funny, but I will not tell it now.

This post is only to explain, briefly, what was The Hopes for the Future for a Sustainable World award (or shorten, the Hopes). And which are, in essence, the Three Principles I defend. 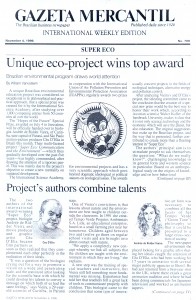 The IUAPPA (International Union of Air Pollution Prevention and Environmental Protection Association), with the cooperation of the Ecology chairman members of the IAS (International Science Academy), regularly awards prizes for environmental projects and has a very scientific approach which goes beyond dogmatic, ideological or political stances on ecological issues. The awards usually concern projects in the fields of ecological techniques, alternative energy and pollution control.

After studying over 1.000 competing entries from 50 countries all over the world, and analyzing Vieira´s and D´Ellia´s project, the selecting committee came to the conclusion that the creation of a special new prize would be the best way to honor their work which, according to Austrian scientist Walter Kofler of the Innsbruck University, make it clear that it is not only science, technology and the economy which will save the planet, but also education.”

Well, above is an excerpt from a Brazilian newspaper, published in 1996, telling something about the award, we received. At that time, Andrée and I were combining our skills and the project, called then Super Eco, mixed Education and Mass Media Communication. In 1999 we decided to separate. My partner wanted to focus on Education and I, divergently, on Culture and Mass Media.

My main justification to my proposition it is that there is no such thing as Environmental Crisis, because the environment has self-regulation. It doesn´t matter what happens, it constantly accommodates itself. The problem for human beings, it is how they deal with this, and that depends on their knowledge. In which extension, what humanity calls its knowledge, is able to face environmental changes. So, what we live in truth, is a Knowledge Crisis, and not an Environmental one.

It is very important to understand what the word “Knowledge” means, or what I mean by this word. Human Knowledge is everything human beings believe and think is true. That includes not only Science, but also Culture. Culture means values and belief systems. And something can be believable, but not necessarily true.

This concept goes along with Thomas Kuhn´s notion of Paradigm Shift.

Considering the moment our World lives in, and in order to better harmonize with its adjustments, I propose three ideas:

The principles 2 and 3, above, are philosophical concepts.

I´m absolutely not saying that, any artistic or cultural production, has to obey to a content canon. What comes first, is FREEDOM OF EXPRESSION, because such freedom is the way intuition leads to a healthy spirit. We can consider these principles 2 and 3, more as propositions, as something to meditate on, when we produce thoughts, art, entertainment, communication, technology, science, etc.

After all, what do we really know?

In a future post, I intend to better explain everything I published here, particularly the Three Principles. It will be very helpful, if you do comment, criticize or ask, using the commentary space bellow. Please, do it. Everybody is welcome.