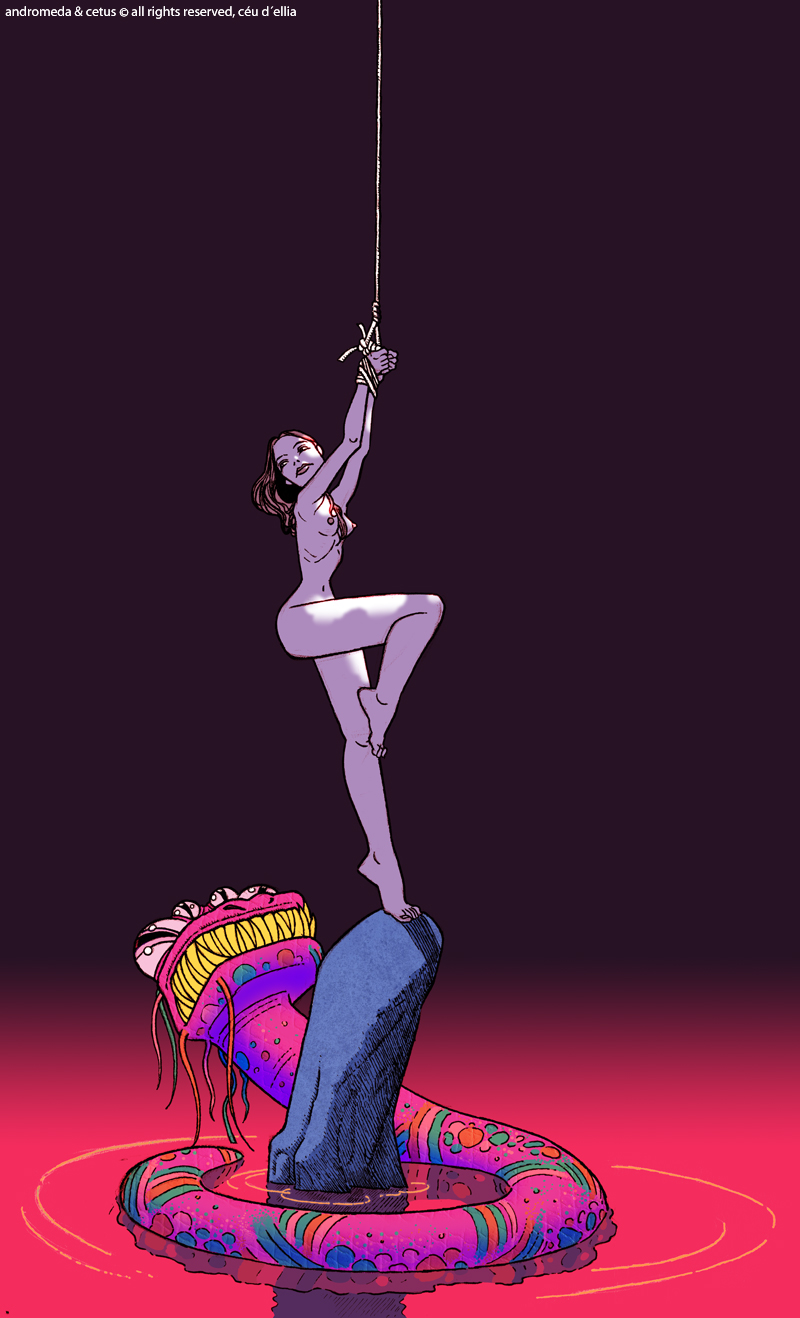 When I first arrived at Tafukuman´s Kalapalo´s hamlet, I was received with a party. The dance and chanting scene shall be presented to the whole group of five people, traveling with me. But for some reason, I arrived alone, one hour in advance than the others.

So, there was me, in the center of that big sand arena, admiring all those Indians, embellished with colorful body paint, collars, and feathers, dancing and singing. They probably thought my travel companions would arrive soon. But nobody appeared before the party was over. 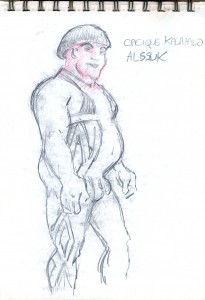 Chief Alssuk: a detail makes all the difference

Anyway, the first thing I did, when I arrived, after saying hello, was to open my sketch-book and start to draw the first man in front of me. He was a chief and his name, Alssuk. And I did a mistake: – I drew him naked.

At that very moment, he was not ready to dance. Chief Alssuk was finishing to dress, when I arrived, and he hadn´t yet tied the extremity of his penis, to his string-belt. A very small detail, but it represents in their Culture, the difference between to be naked or to be dressed. Fortunately, my mistake was only a reason for all the Indians to laugh a lot, including Alssuk. A very advanced Culture, Kalapalos have. Other societies in the world are not so spiritually blessed, and when annoyed by a drawing, they can even kill the artist. Je Suis Charlie.

So, as you can see, the concept of Nudity, and the moral judgments on what is adequate to use over your body, is very relative. I personally think that everything, under and behind the sun, is beautiful, with or without clothes. It depends on what kind of heart you have and how you see it.

I use to draw nudes, plants and animals, to warm up my hand and my drawing skills. Nude young women demand a delicate control of my hands and eyes. Because any line slightly out of place, and the woman´s image loses its soft insubstantiality. So, it is for me, the best exercise to “tune up” my art.

Nude women are a theme and an element present in any kind of mythology or folklore. It´s actually an archetype, with a variation in its meaning, depending on the culture you are dealing with. Then, again, it is relative.

As I like tales as much as like nude women, I use to do my drawing warm-ups connecting both. As a game, if you want, you can read the name of each illustration presented in this portfolio´s binder (it´s written very small, at each of them edge), and guess if you know the story related to it. Good luck! Good look! 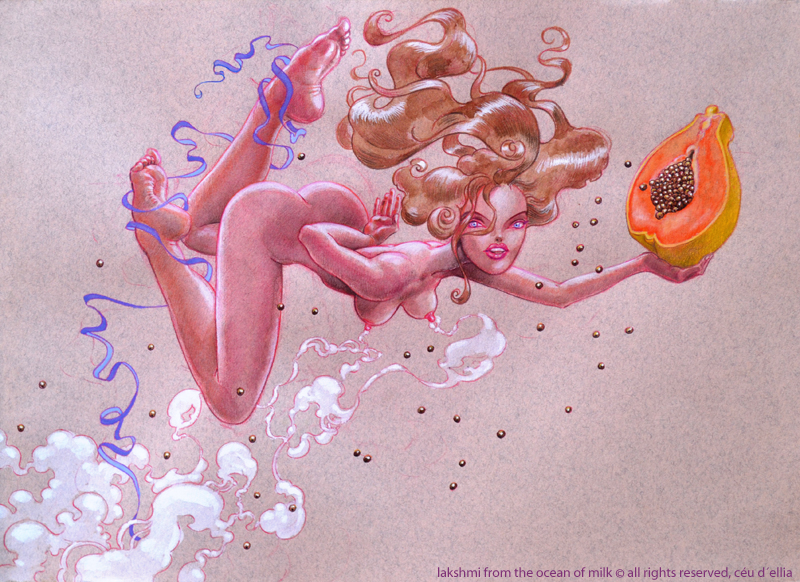 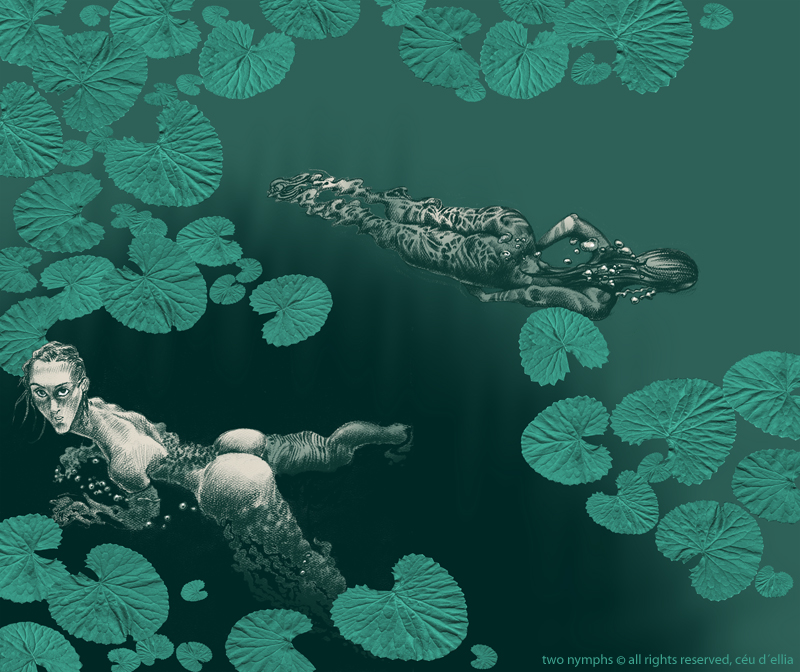 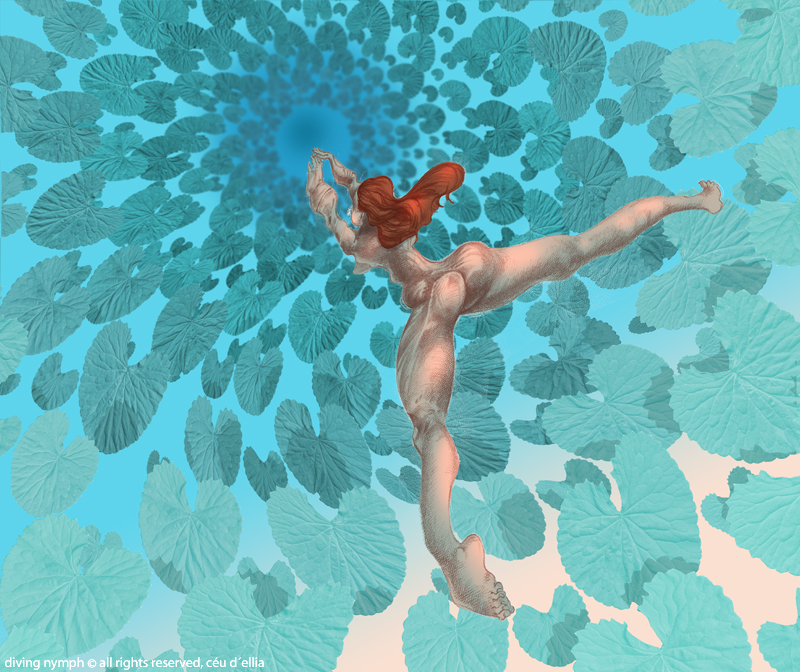 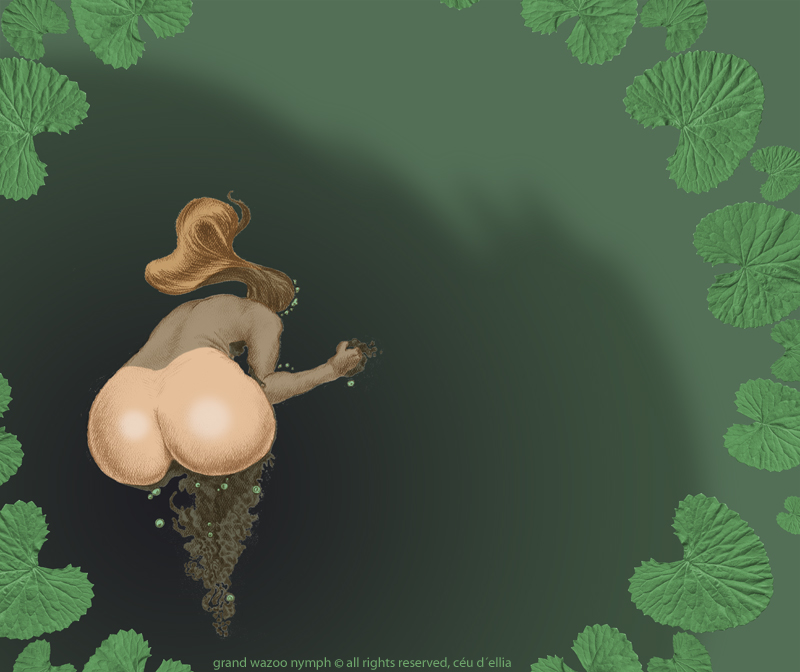 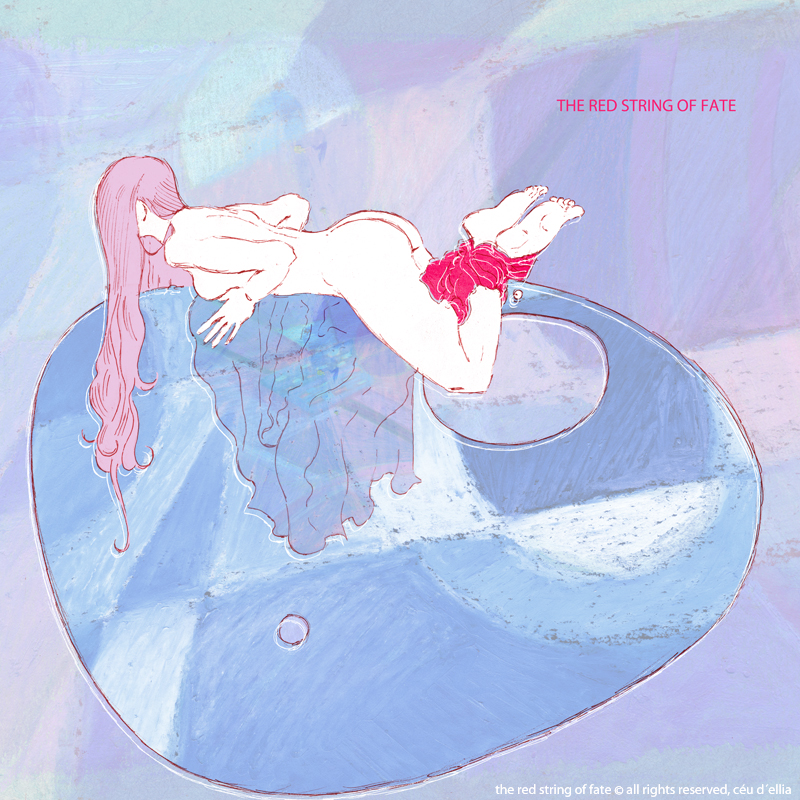 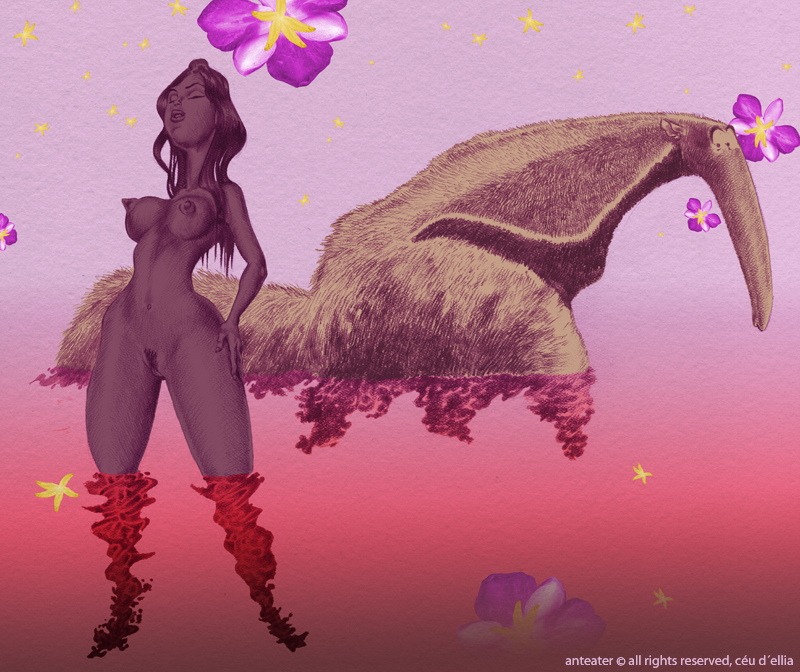 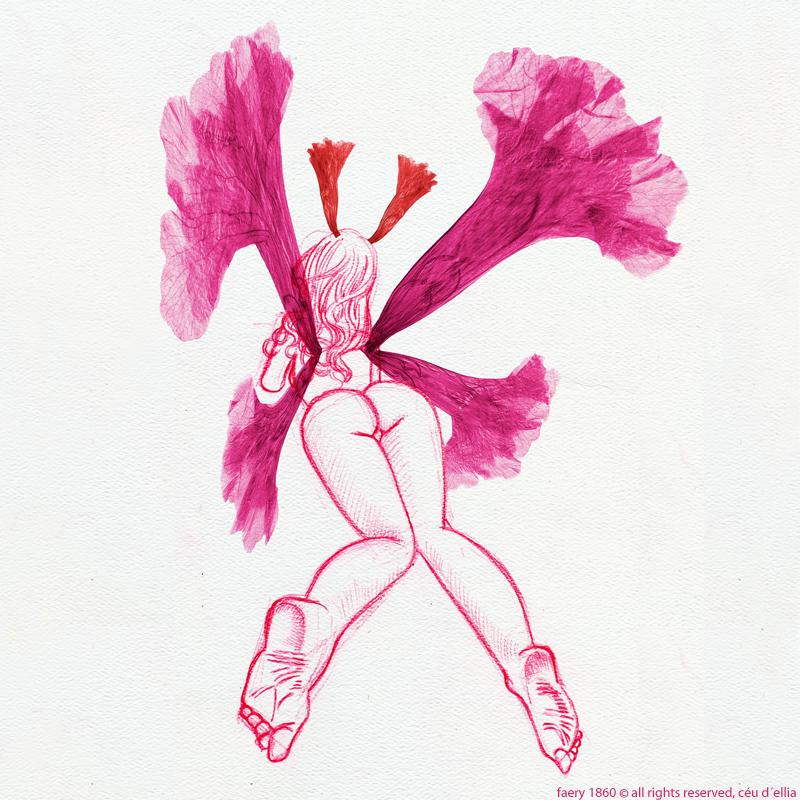 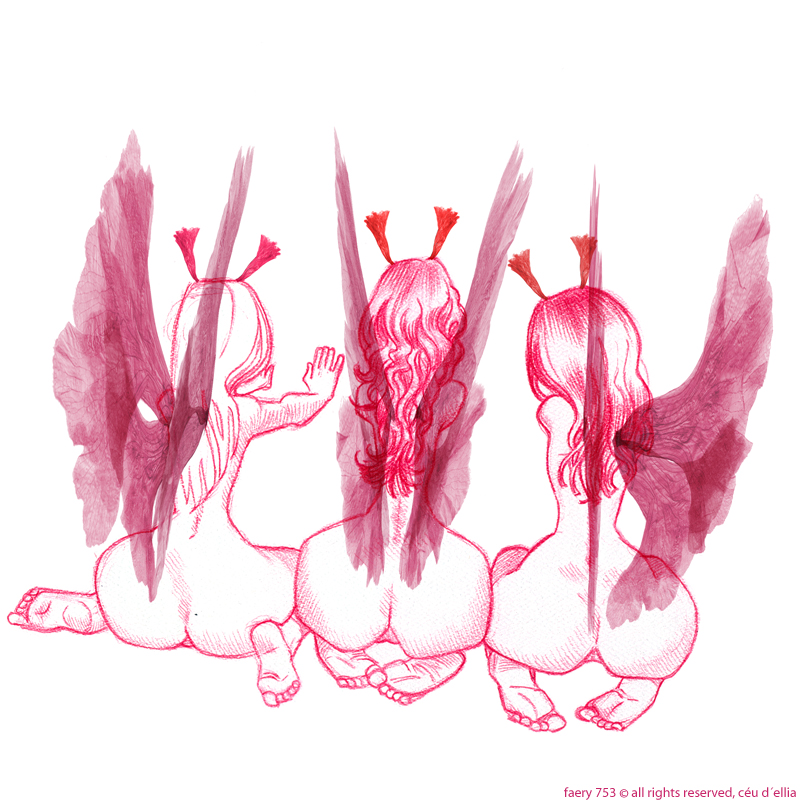 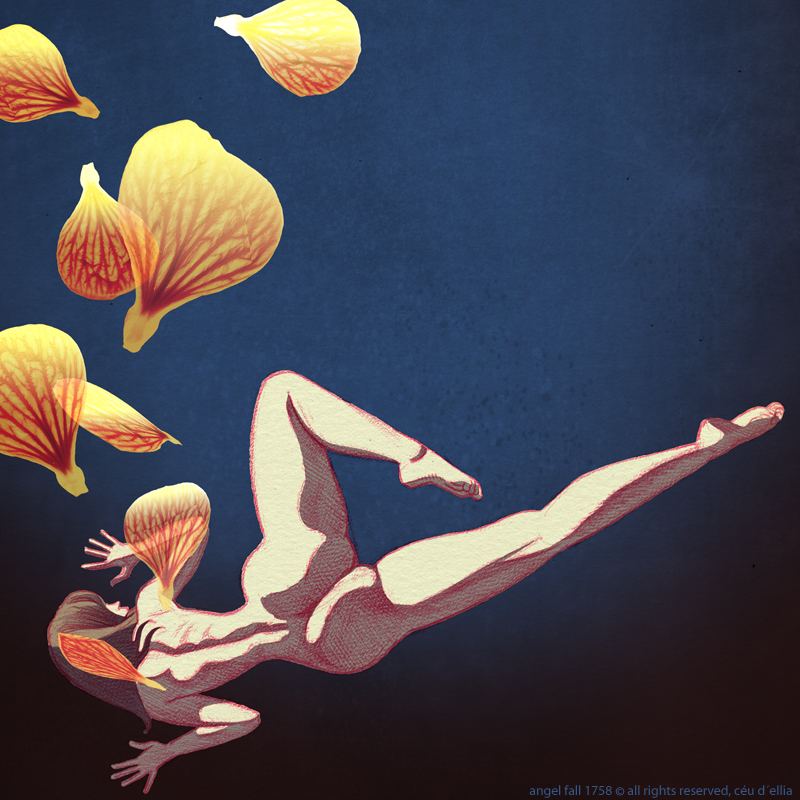 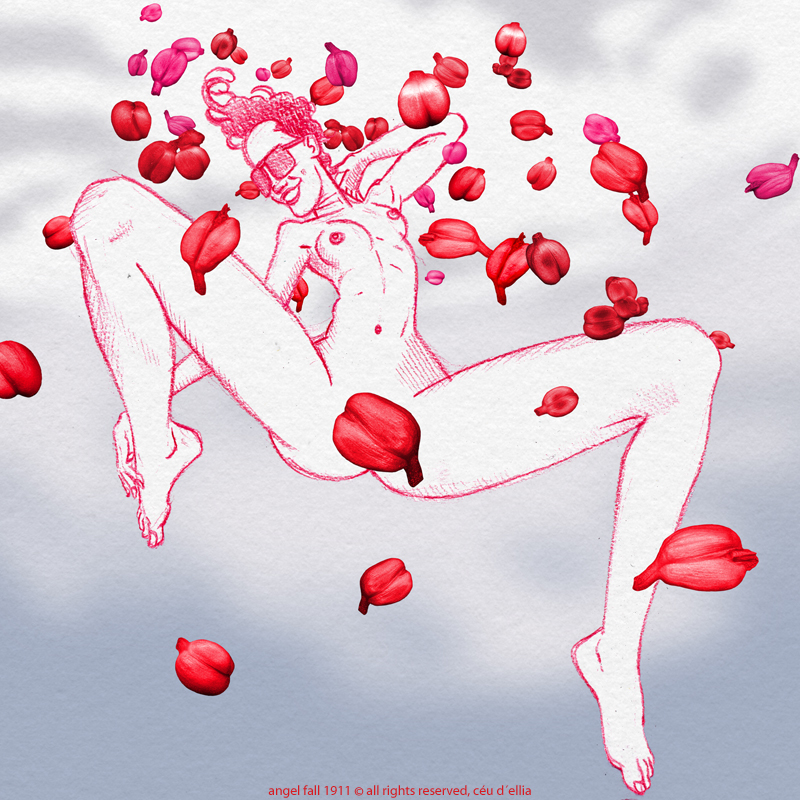 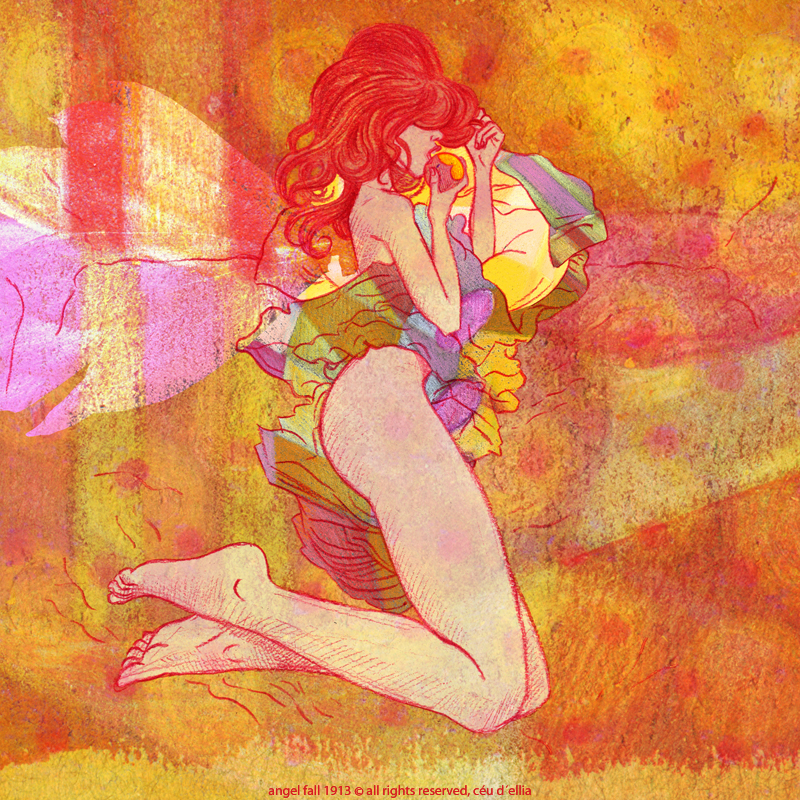 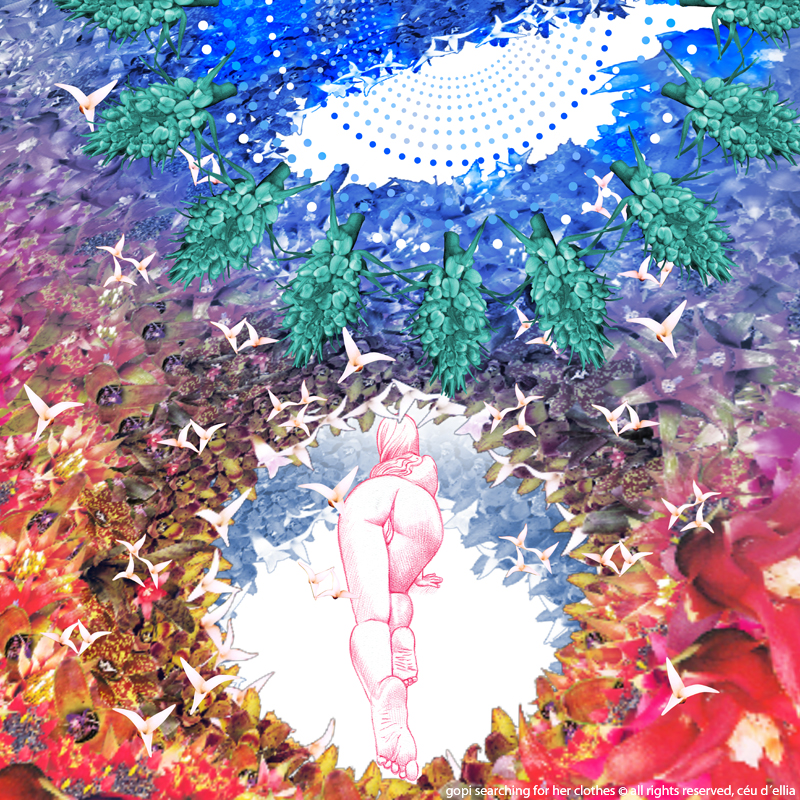 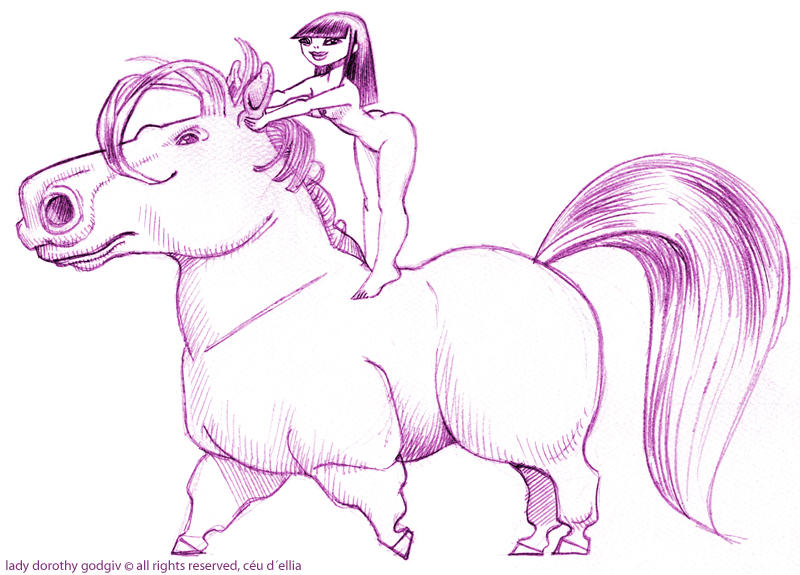 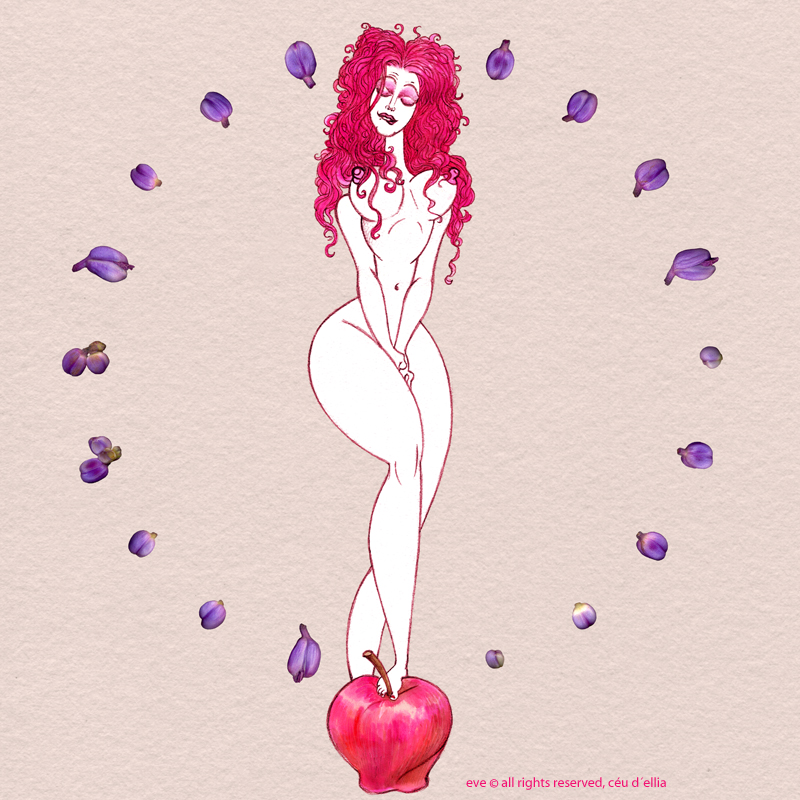 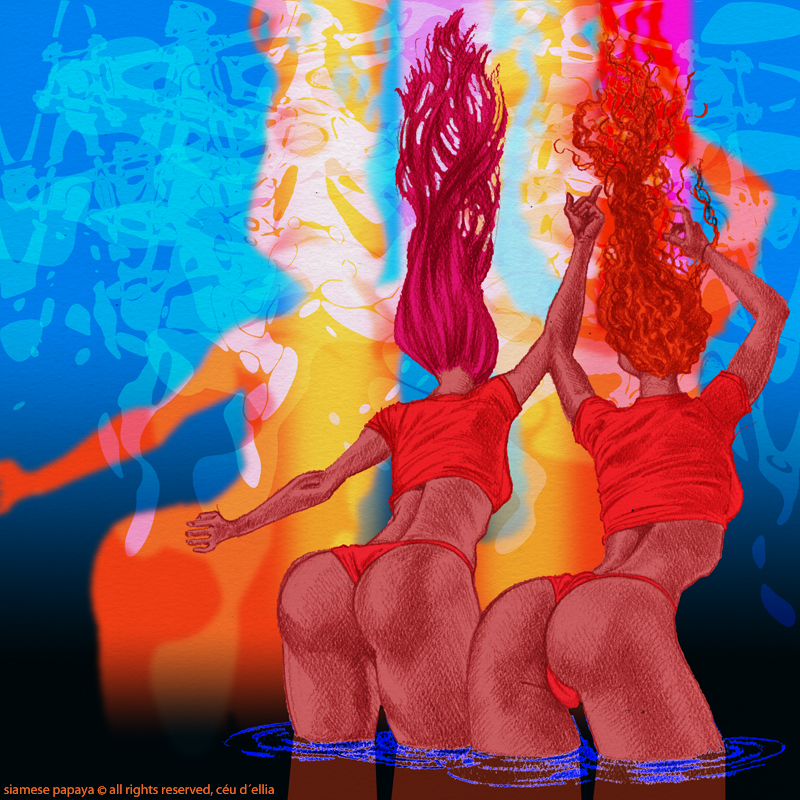 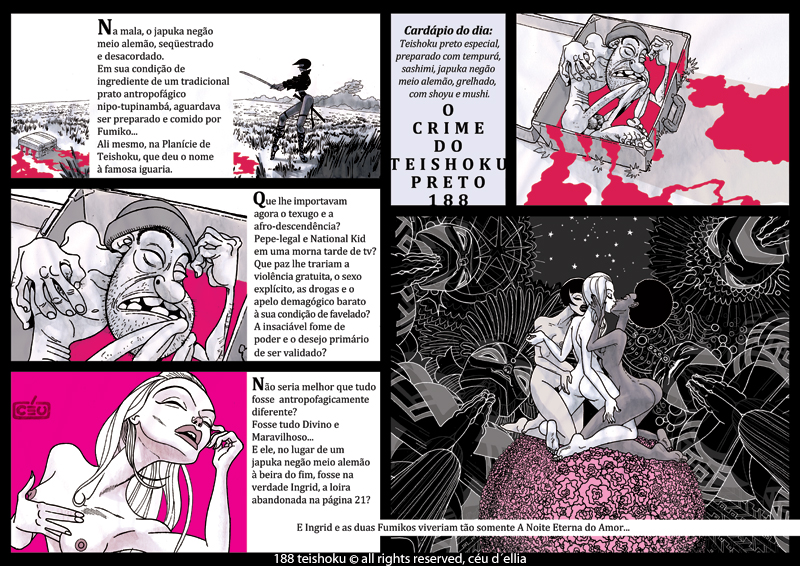 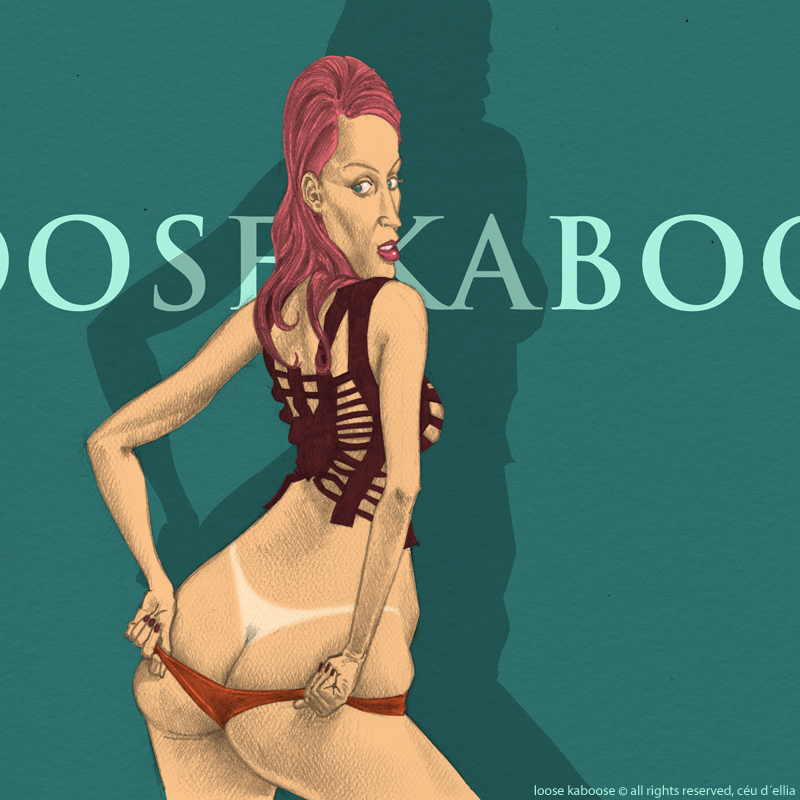