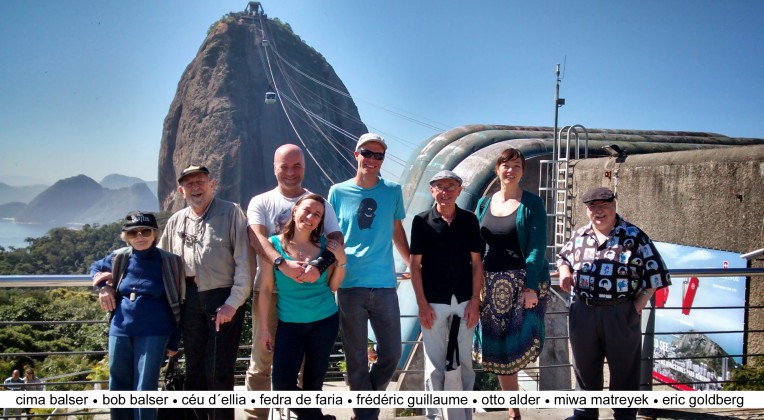 From July the 29th, starting in Rio, to August the 10th, ending in São Paulo, it happened the 22nd International Animation Festival of Brazil, the Anima Mundi 2014. And being one of the honored artists of the Festival (the others were Bob Balser, Eric Goldberg and The Guillaume Brothers), I was interviewed to its Catalogue.  Here it is the interview:

Anima Mundi: -When did you first become interested in animation?

Céu: -When I was still a very young child. My brothers were already attending school, and, at the age of 4 to 5, I spent most of my days by myself, at home, because I wasn´t allowed to play with the neighbors. It was the sixties, and, because of some attacks, the army had closed down our street. So I´d grab any piece of paper lying around and create stories to myself. My father was an accountant and had wads of old forms. I used the back of the forms and turned them into flipbooks and storyboards, sort of intuitively. 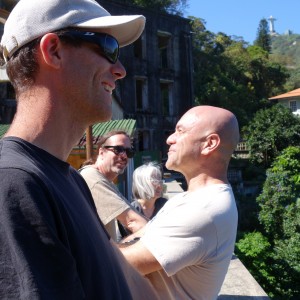 Anima Mundi: -You´ve created many animated characters. What is the difference between the creation processes of characters for personal projects, like FAREWELL, and ad campaigns?
Céu: -The admen who hire me want me to participate in the creation of the films, and they don´t want conventional screenplays. So it´s not that different from creating characters for entertainment films, for example, where it´s important to know how to manipulate archetypes. It´s important to remember that, above all, animation is an illusory and sensorial experience, created to sustain the attention of the viewer. FAREWELL, though, is a sort of a film outside of the curve, created almost thirty years ago. If I lived in a more interesting world, this would be the only kind of film I would make. Because it is purely aesthetical animation experience, with no commercial concern at all. With the creation process focused on the deconstruction of the discourse and the unveiling of the truth.
Anima Mundi: -How do you articulate creative liberty and ethical concerns in your production on environmental themes?
Céu: -I don´t separate them. This may sound obscure and pretentious, but every work that I do, included those I am hired for, incorporate my ethical and environmental concerns in the creative process. During the 1990s, I wrote a paper on the relationship between mass communication, knowledge, and environmental crisis. In an incredibly casual way, the paper caught the attention of two international science institutions, IUAPPA and IAS. This earned me a few small research grants, allowing me to develop my study of an ethical proposal for dealing with this issue. I decided I should stay in Brazil to apply this proposal, and now I´m a kind of lonely loon, talking to myself. But at least I use this ethical proposal I developed in everything I do. It´s kind of private code.
Anima Mundi: -Can you tell us a little more about the importance of NUPA, and how the film production in the project took place?
Céu: –NUPA was the result of many years of growth, researching and reflecting on a way to associate animation production with the genuine needs of a community. A way of conciliating the professional and human education of youths in poor neighborhoods, using artistic production as a mean to treat the schizophrenia of big cities. And all of this focused on the construction of formats and languages that drive Brazilian animation to find its own innovative solutions. NUPA was financed by São Paulo´s Municipal Department of Culture and was doing really well, until it got closed down in a very disastrous way, in my opinion, by the new 2013 office. The films were produced in a more collective manner, which I believe is the future of the art of animation. I will explain on this process during (my talk at) the Animated Chat. For the time, the NUPA films that audience knows are the PAULICÉIA ones, but we were experimenting with new formats, and, in Anima Mundi 2014, we will premiering another experience of ours, the ANIMATED KABARET.
Anima Mundi: -What inspires and motivates you in the creation of screenplays and characters?
Céu: -Finding a way of loving and handing out love. Sounds corny, doesn´t it? I´m sorry, but that´s what I believe in.