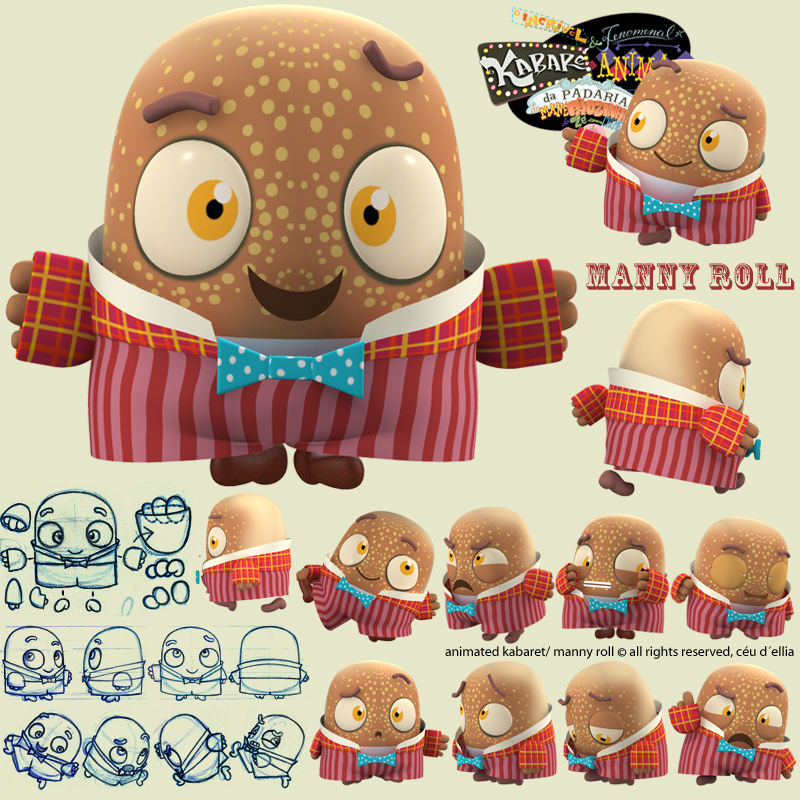 For the Animated Kabaret design, I was searching for a very stylized CG-3D, unrealistic and with many 2D solutions. Like Mickey Mouse ears, that always face the viewer straight, it doesn´t matter to where the mouse is looking at. So, for example, Hoppin John´s eyes and hair, in the same way, are always straight to the camera.

Manny Roll´s arms and shoes are not really attached to his body. They just stay close to it. The character, actually, doesn´t have shoulders or legs. That gives some kind of Cut-Out Animation flavor to this CG-3D.

Joe With Cream I did with Rubber-Hose style legs and arms. Luiggi, the Cat, as if he was a very simple baggy sand toy. And the Aunt I drew as that unidentified animals from Carl Barks´ comics, but with a very small body, in contrast with her hair, that actually is her most complex shape part.

The Animated Kabaret was conceived as a show for TV or streaming. So, I did its design like that, to simplify the animation production, and reduce its costs. The forms are simple to animate, but with potential to do a creative animation, full of expression.

For the props´ design, I did some research on bakeries and old theaters. And then drew all objects and backgrounds, adapted to be ergonomic for the characters already created.

In the Kurupyra at the Anhangabaú film character design project, the Kurupyra himself, and his Black Boar, are a development of the hand-drawn character previous existent.

All the other characters of this film, but the dwarf and the boar, were developed together with two NUPA´s students, Michael dos Santos and Leo Conceição. As a matter of fact, what I did, was to improve and give the final form to the concepts they created themselves. We did some research on a Folklore Hand Crafted Toys Museum Collection, to have a starting point. I particularly like the Spirits´ solutions, very simple, but plenty of animation possibilities.
The budget for this film, based on a screenplay by Guilherme Fonseca, was not enough to finish it properly. The background, a reproduction of São Paulo city´s downtown valley, the Anhangabaú, was very complex to be modeled. We finished all the characters and backgrounds modelling, in Maya, and also a detailed animatic, with a score, Foley and voices. But NUPA was closed before we could apply for an extra budget, to improve rigging and animation. You can see its storyboard in the storyboard´s session.

The other images in this post are from three different projects.

Zelda is a version I was asked to create for a Canadian Producer, that was negotiating the rights of some kind of The Legend of Zelda videogame spinoff. But it never happened. I liked the project, anyway, and I keep it in my portfolio.

The Tree is a sort of Magical Infinite Branches Fig Tree, which I called MãmMãmBuge, and that gives the name to a series of comics and to an animated film pilot I developed and that you can see in other sessions of my portfolio.

The Lippi Monsters are from a commissioned job I did years ago, for a special edition of a brand of cheese for children. 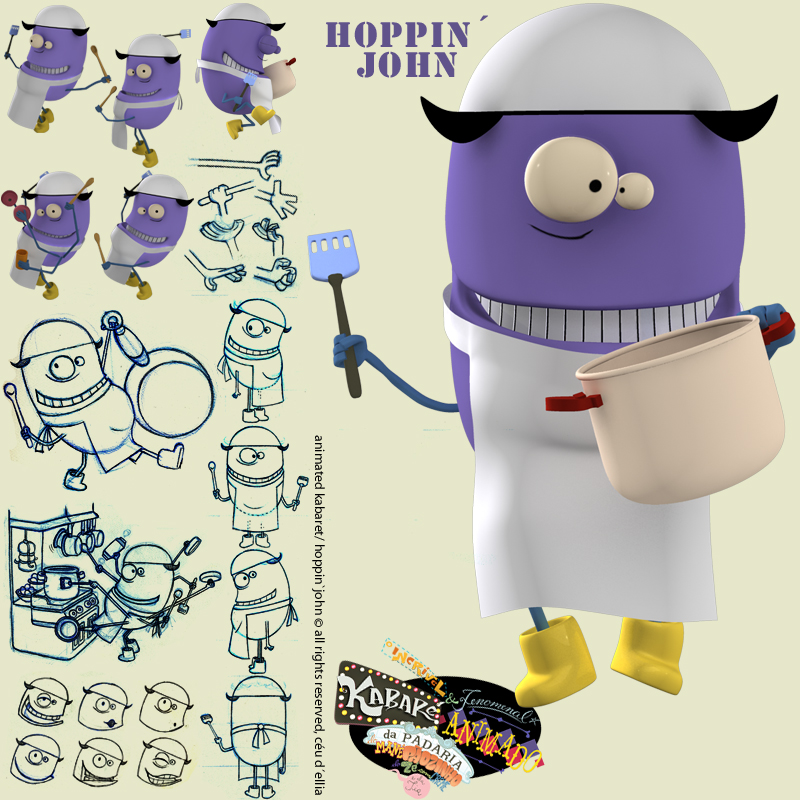 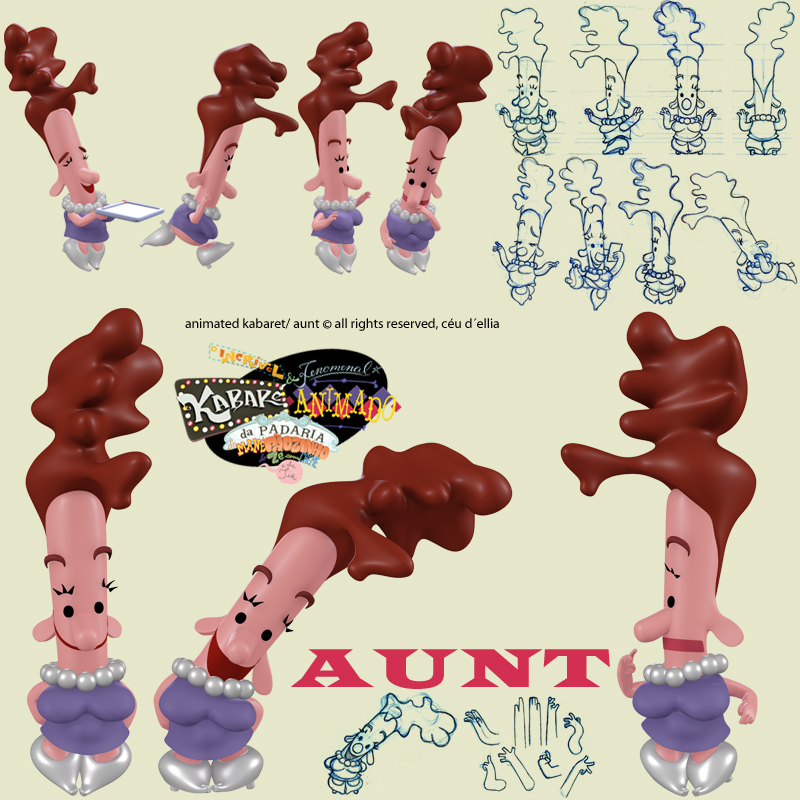 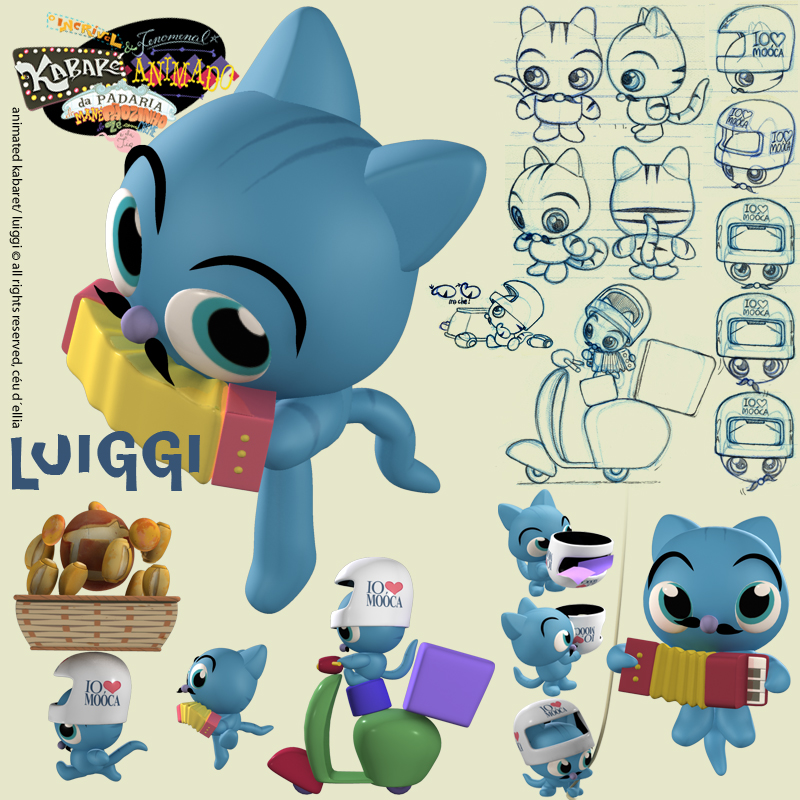 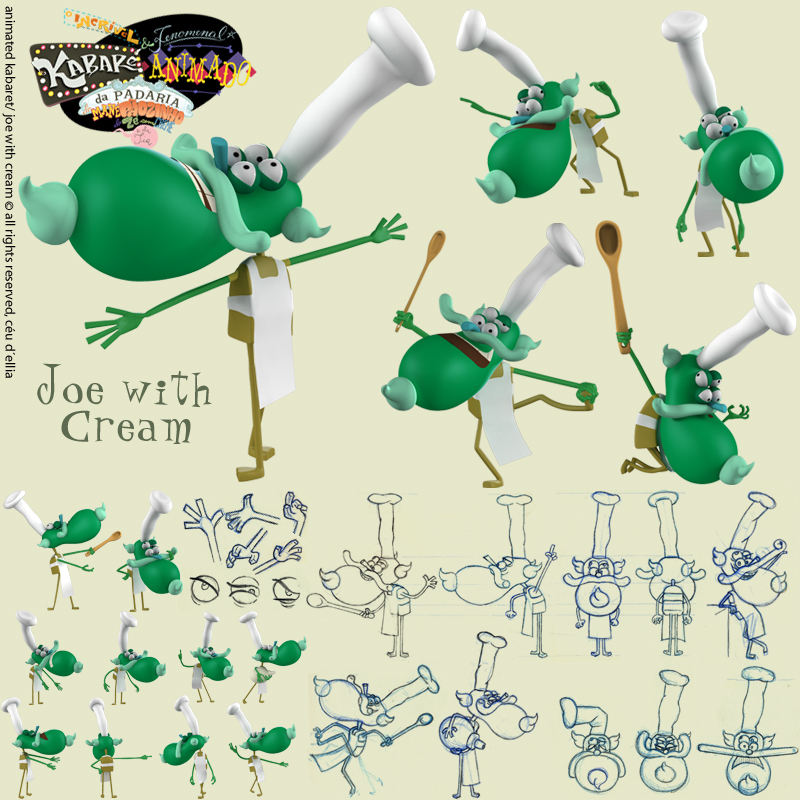 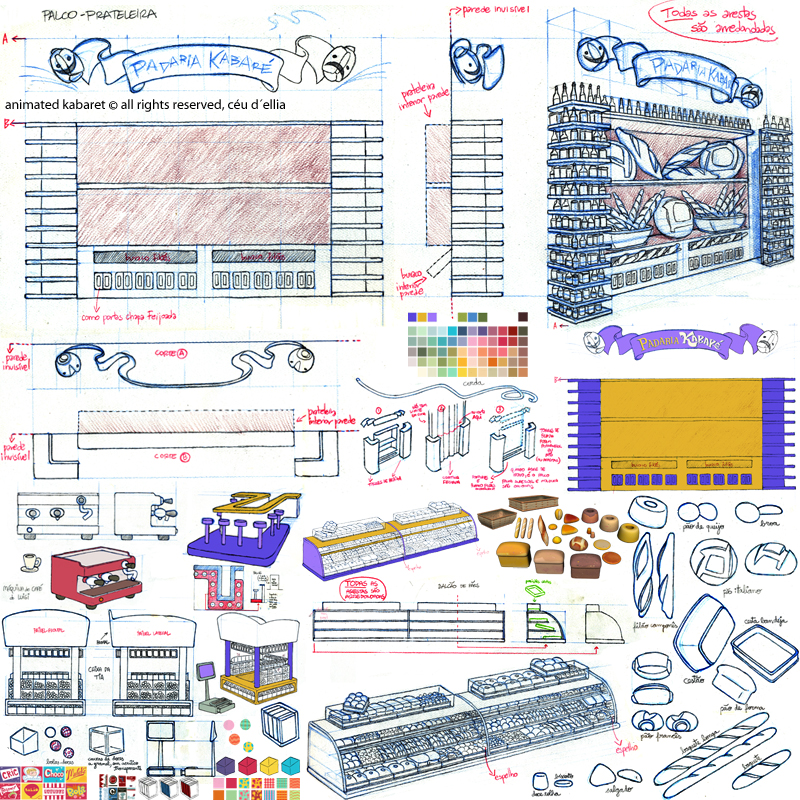 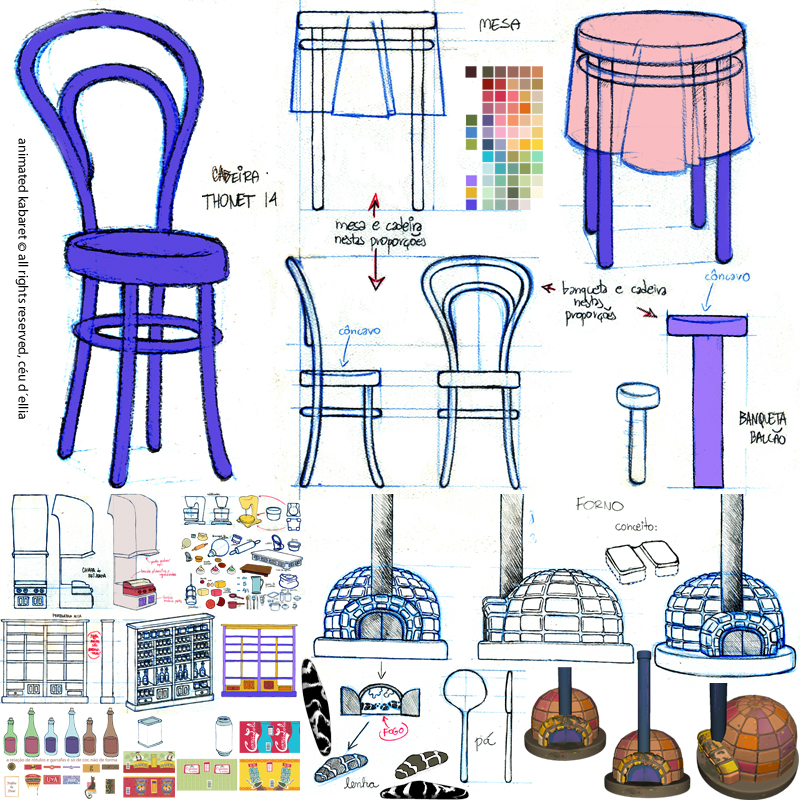 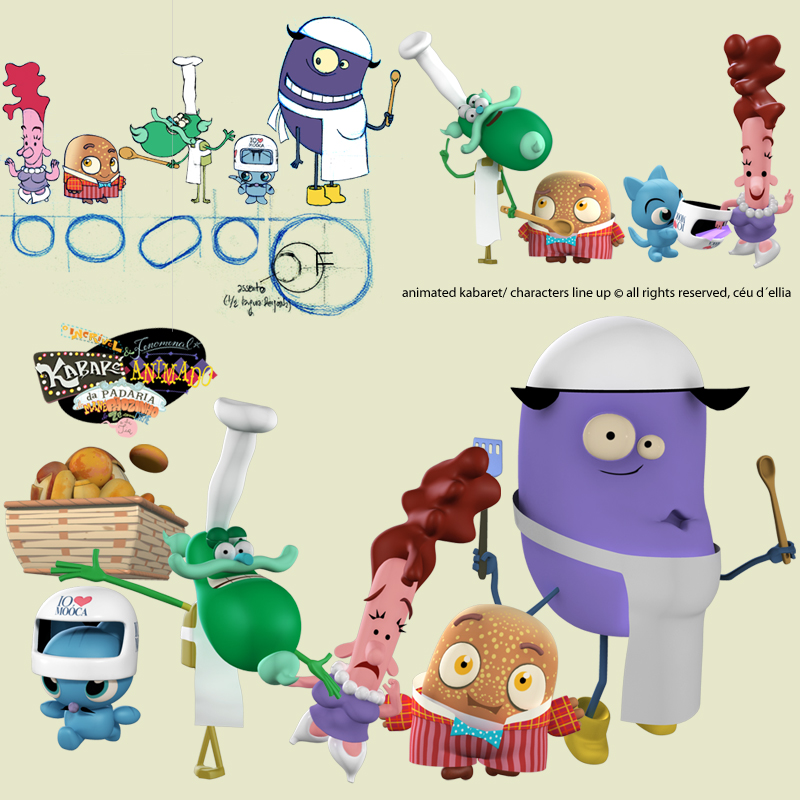 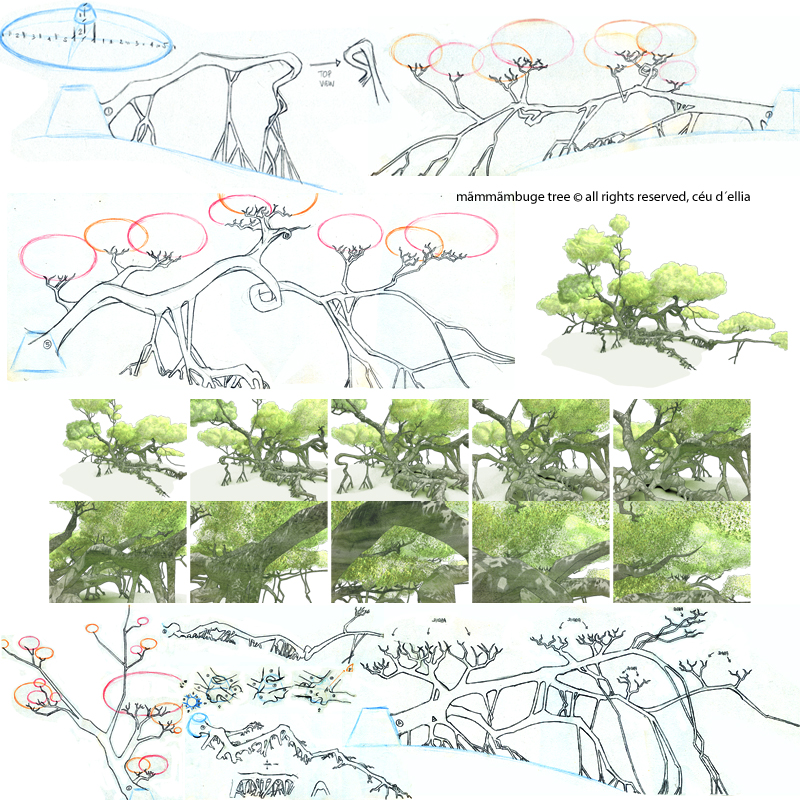 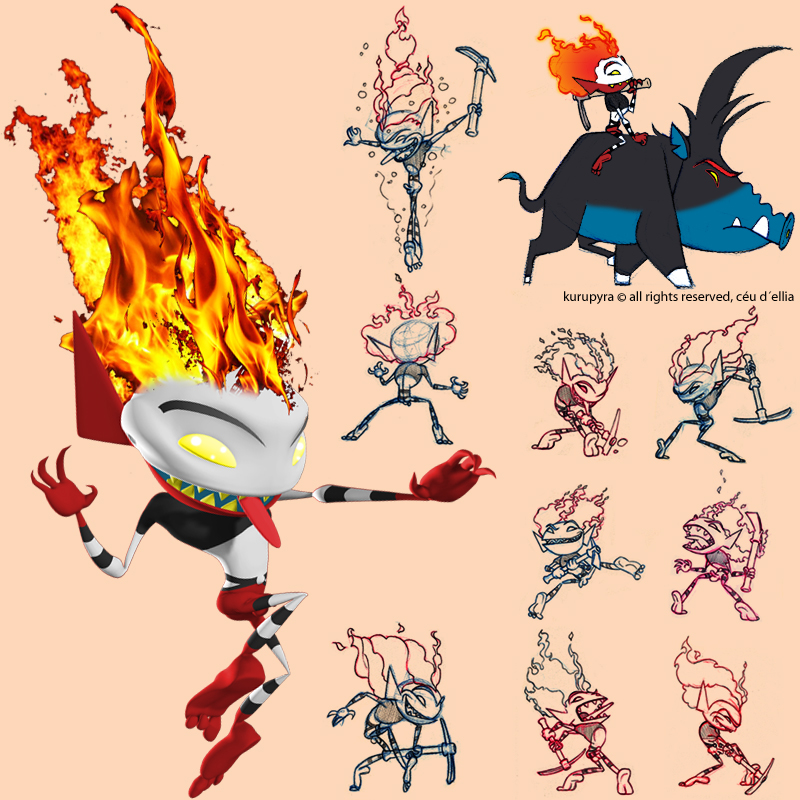 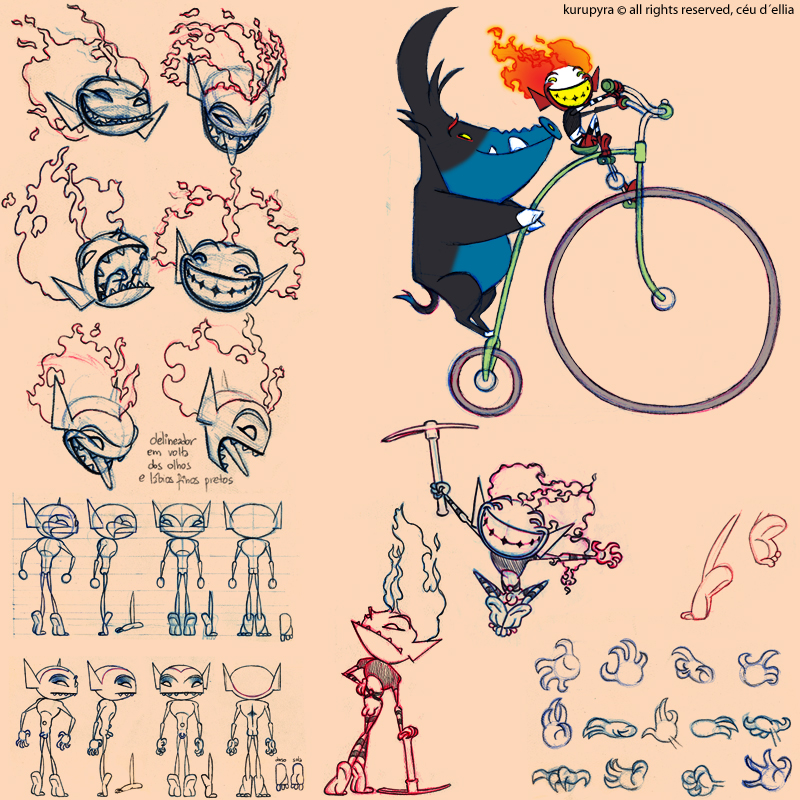 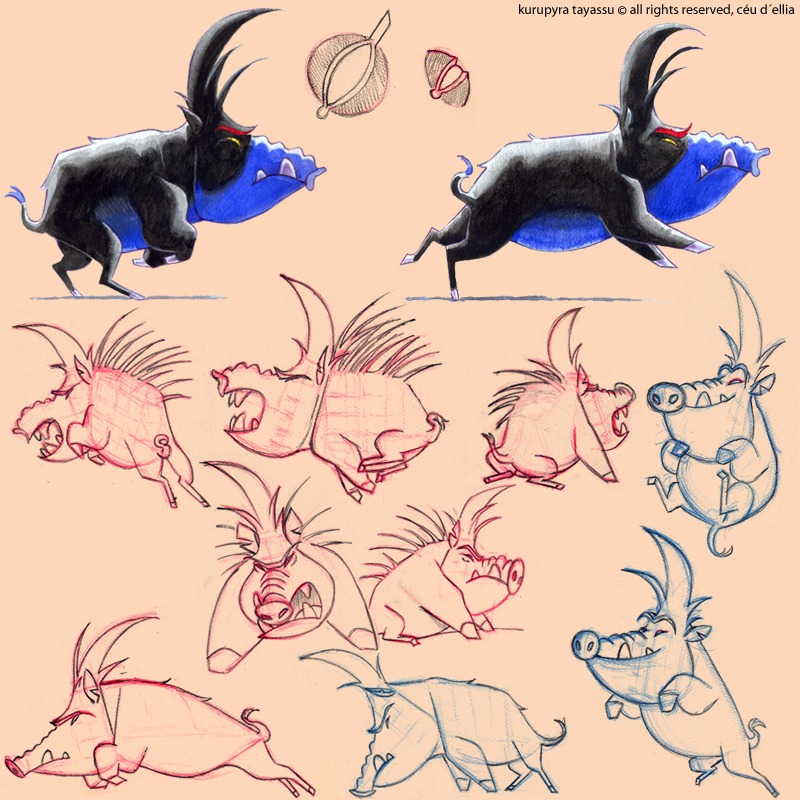 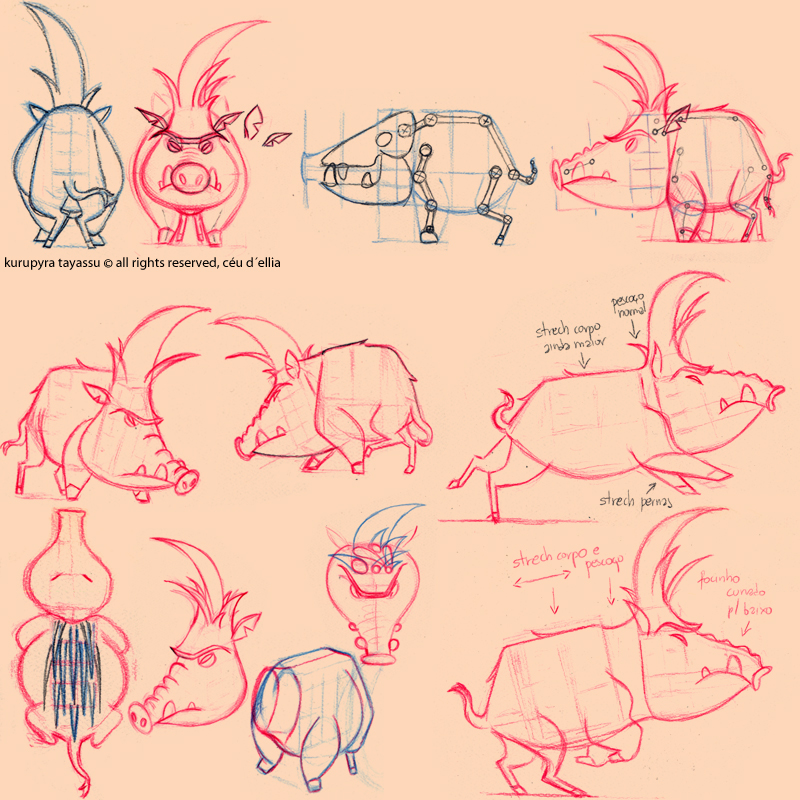 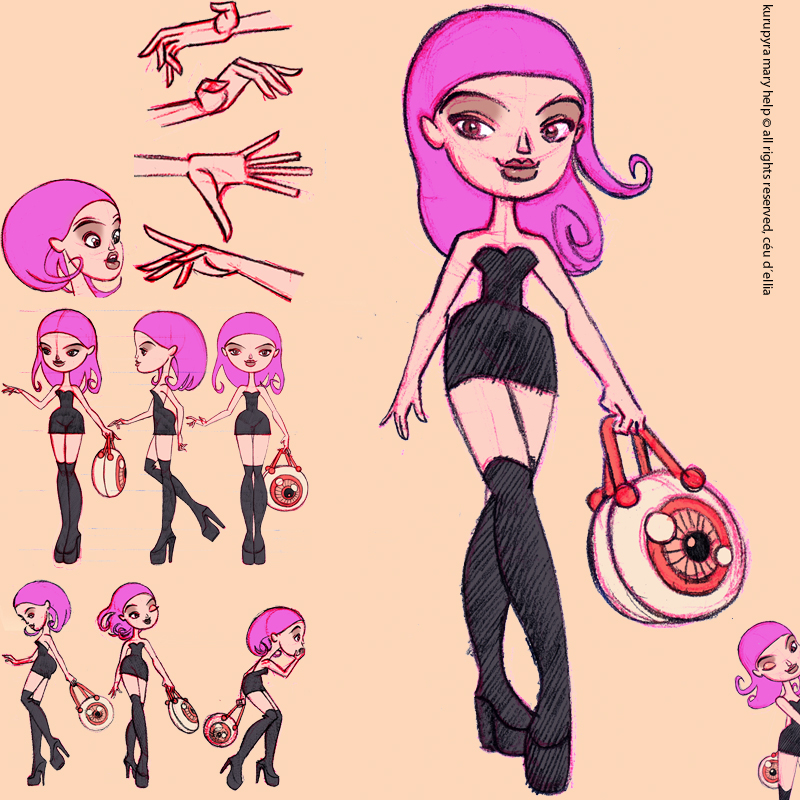 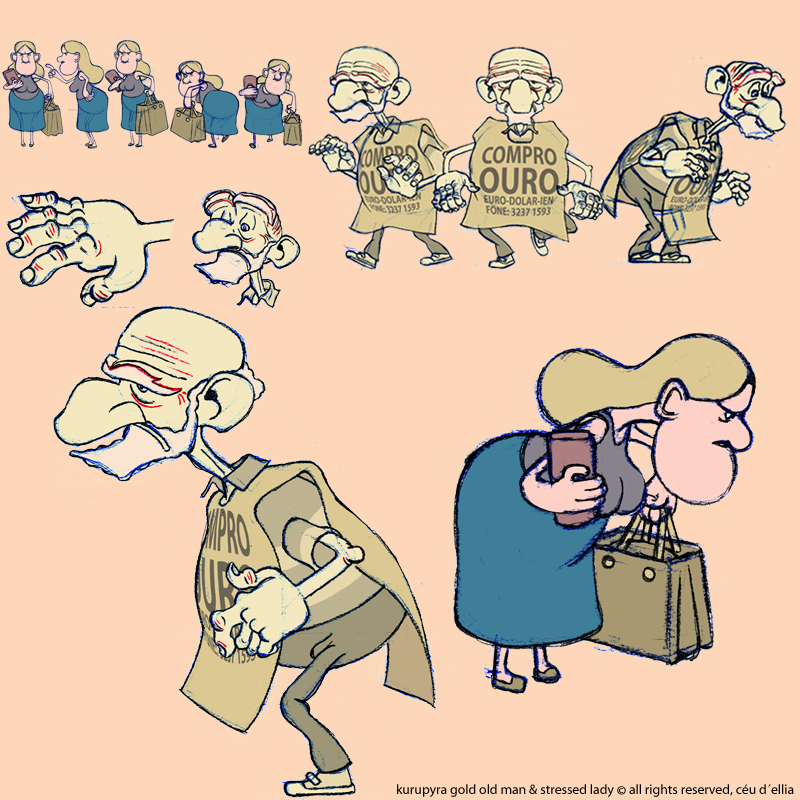 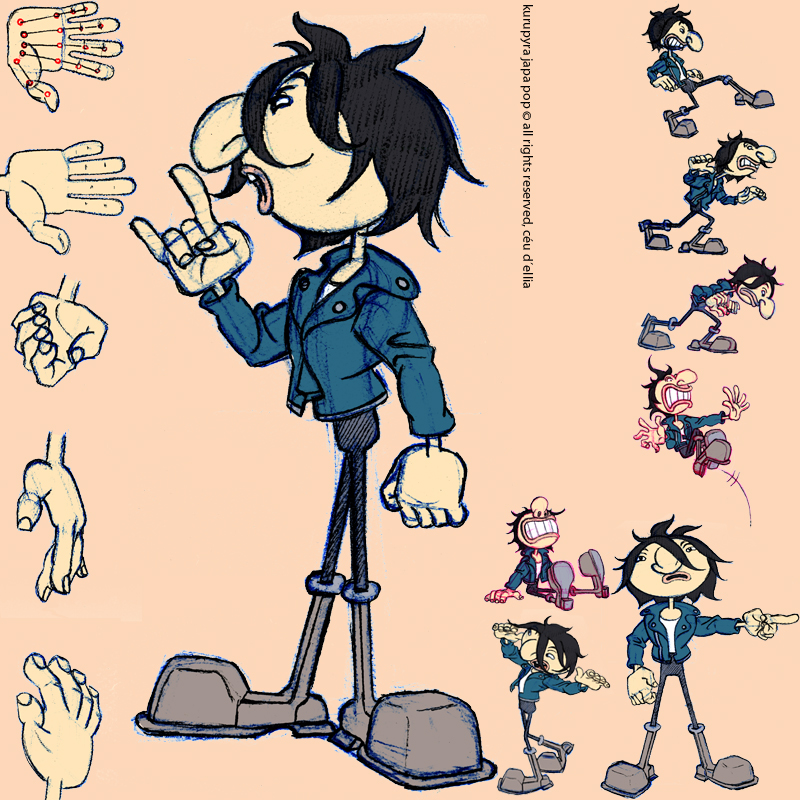 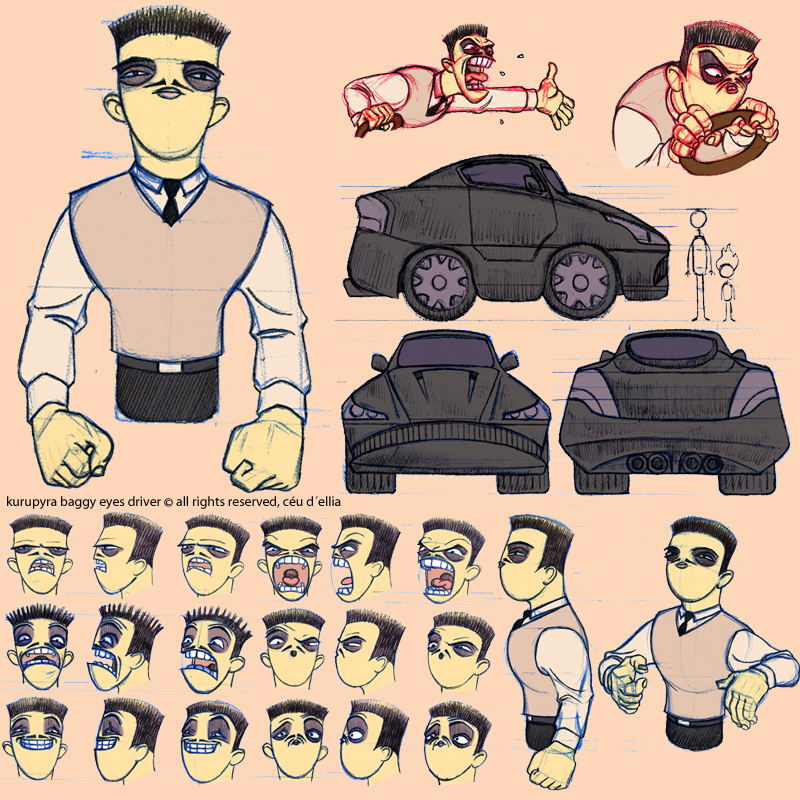 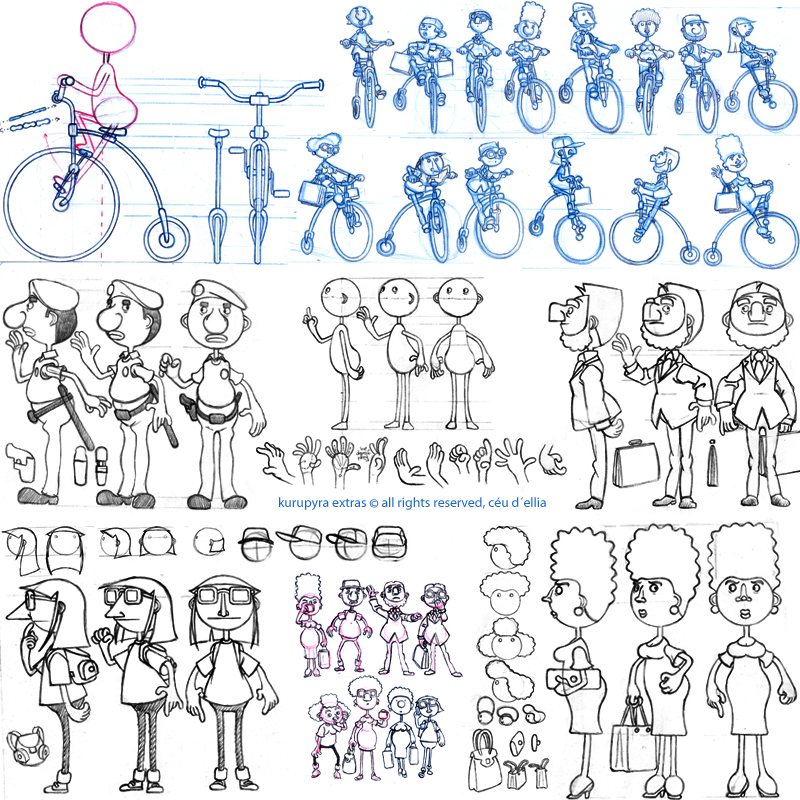 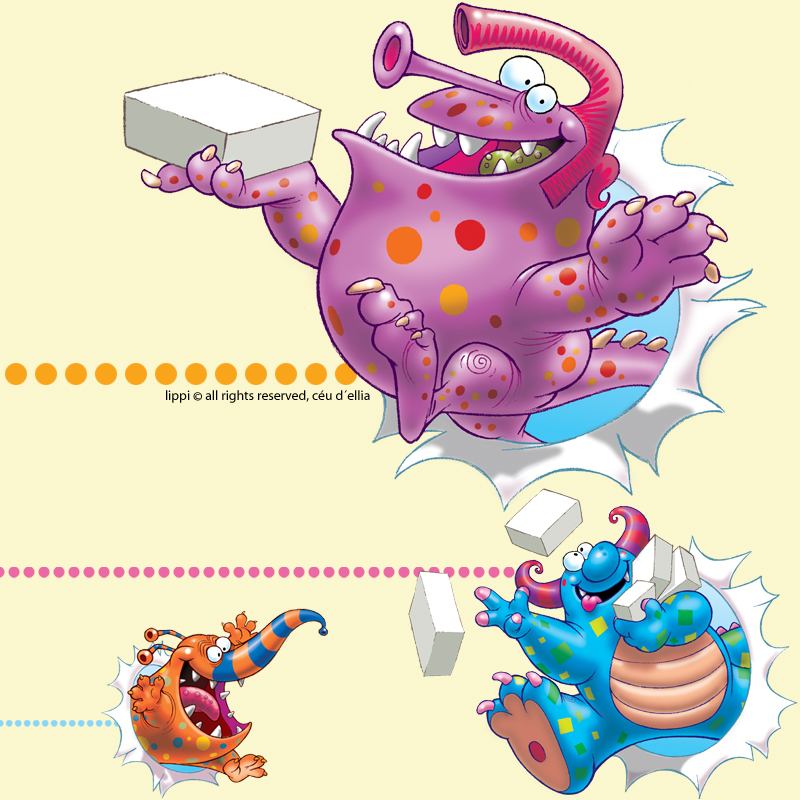 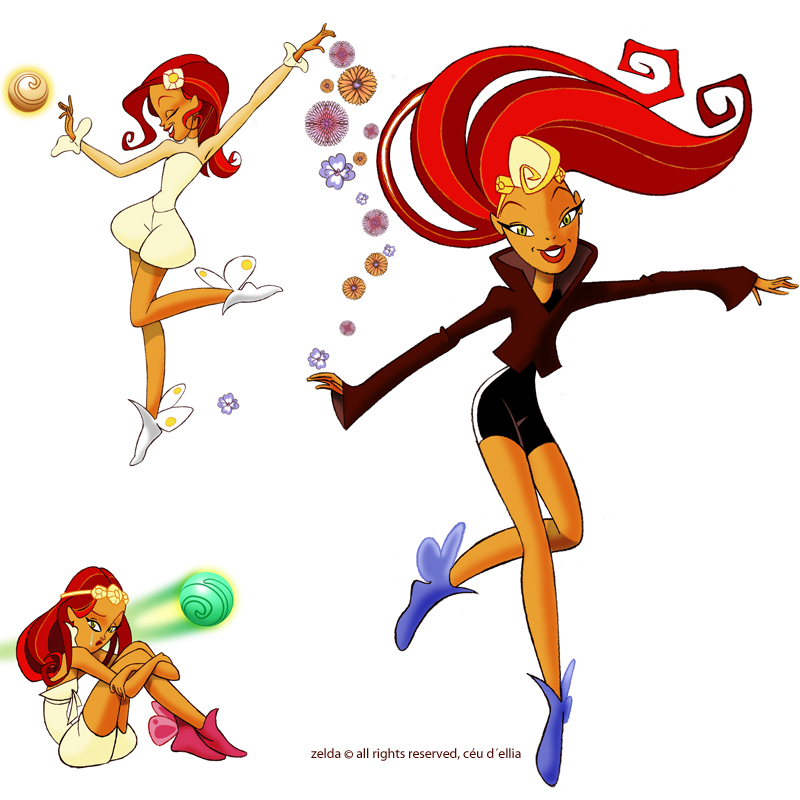